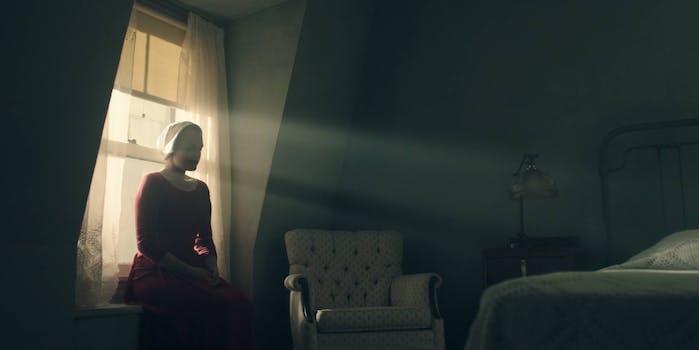 We have our first look at Hulu’s adaptation of The Handmaid’s Tale, and the Republic of Gilead has never felt more real.

First released by Entertainment Weekly, the photos capture the haunting looks etched on the faces of Mad Men’s Elisabeth Moss (who is also producing the show) as Offred (“Of Fred”) and Joseph Fiennes as the Commander, the man who owns her for the sole purpose of producing children for him and his wife. Based on the increasing prescient 1985 Margaret Atwood novel, it’s set in a totalitarian Christian theocracy in the near future where women have lost all of their rights and are sorted into classes based on their ability to reproduce. A class of women called “handmaids” are used by wealthy men and their wives to reproduce children for them, signified by the red uniform they must wear. All of the blame for society’s problems are put on women, and if they are unable to reproduce, they are sent to labor camps and are known as “Unwomen.”

And while the comparisons to modern-day troubling headlines have made fans of the book more wary of The Handmaid’s Tale being more than just a cautionary tale were already apparent when the show was announced, but after the 2016 election it’s becoming downright uncomfortable. Even Moss has noticed.

“We never wanted the show to be this relevant,” Moss told Entertainment Weekly.

Atwood has given the show her blessing and support, and executive producer Bruce Miller could see the show lasting years.

“If you’ve read the book, you know that this is an unbelievably rich world and story,” he said. “I have no trouble coming up with what’s going to happen in season 13. I’m chomping at the bit to tell more and more and more.” 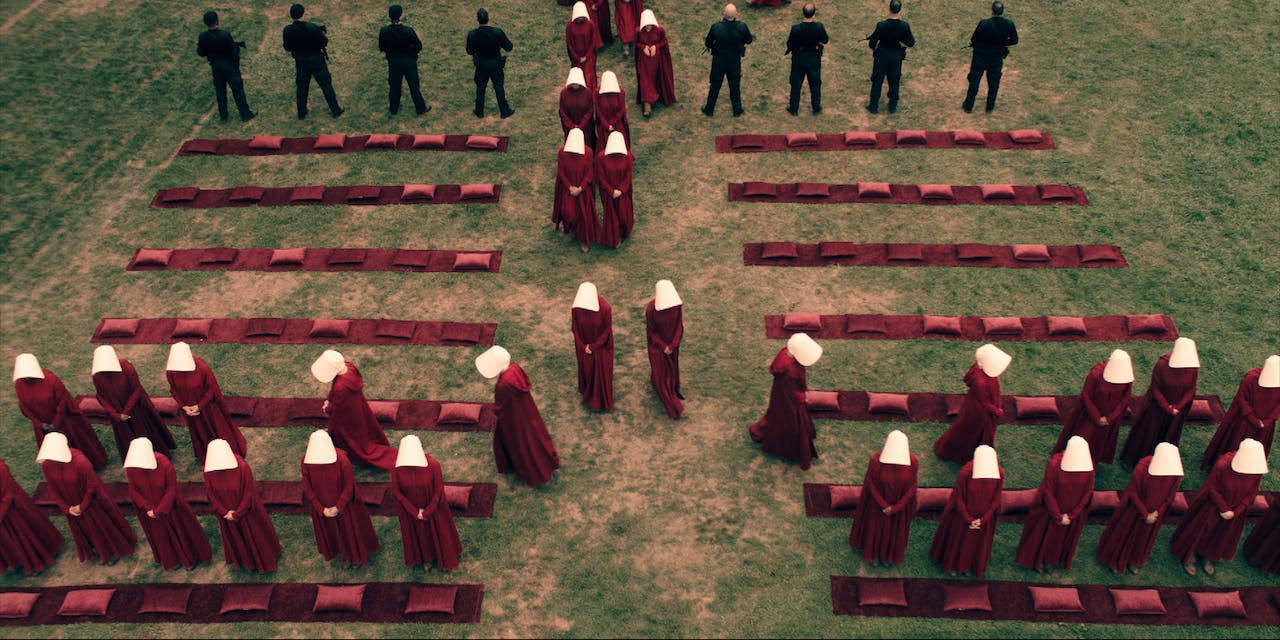 The Handmaid’s Tale will debut on Hulu April 2017.