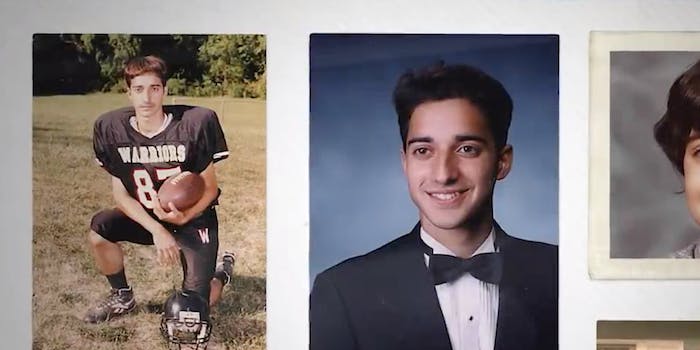 HBO’s ‘The Case Against Adnan Syed’ is immensely watchable

What made Sarah Koenig’s award-winning true-crime podcast Serial so tangible was that it waded into the depths of innocence. What director Amy Berg capably accomplishes with HBO’s The Case Against Adnan Syed is a visceral augmentation of Koenig’s efforts, with new characters, fresh information, and visual aspects Serial lovers didn’t know they needed.

The Case Against Adnad Syed

The four-part series proves a powerful mystery documentary in its own right while providing tremendous service to further ascertaining culpability of Syed. Hae Min Lee and Syed were seniors at Woodlawn high school in Baltimore County in January 1999. She disappeared and was later found strangled in a wooded area.

On Feb. 25, 2000, a Circuit Court jury in Baltimore sentenced Syed to life plus 30 years, on counts of first-degree murder, robbery, kidnapping, and the false imprisonment of Min, his ex-girlfriend. He was convicted, principally, through the testimony of star witness Jay Wild, whose reliability has been called into question. Prosecutors used evidence to place Syed—via his cell phone—at the location where Lee was buried, sealing Wild’s claim.

The Case Against Adnan Syed initially runs something of a primer for people who haven’t listened to the podcast. (This could also be a highlights package for Serial diehards who’ve been covering the case updates via Reddit and other mediums. They will also remember Syed advocate Rabia Chaudry, who figures into the story.) In each hour—in the first three episodes which were provided to press—there is intriguing new testimony that proved crucial for Syed’s case.

Berg doesn’t attempt to necessarily prove the guilt or innocence of a convicted felon in Syed. The Academy Award-winning auteur does, however, create new avenues for the truth, partly made possible by creative usage of the Min’s diary, succeeding in giving the slain young woman her rightful voice. The primary focus is on the re-examination of the case’s details—particularly Wild’s conflicting statements on the events of that fateful day.

Wild states that Syed explained he had strangled Min in a Best Buy parking lot, and that he was asked to bury her body at nearby Leakin Park. Chief amongst Wild’s conflicts is he also stated, under oath, that he was not asked to hide her body.

Also helping Syed’s case is former fellow student Asia McClain-Chapman, who said that he spoke with him in the library during the time of Min’s homicide. However, Cristina Gutierrez, his attorney at the time, failed to follow through on McClain-Chapman’s claim for reasons unknown.

Berg’s expert reimagining of the detail and use of key characters, in the present day, make The Case Against Adnad Syed immensely watchable—perhaps as the start of a living document. On March 10, the Maryland Court of Appeals reinstated Syed’s conviction, which had been reversed ruling by the Court of Special Appeals from a year ago.

Curiously, the Court stated from the “the totality of the evidence” that “there was not a significant or substantial possibility that the jury would have reached a different verdict” had McClain-Chapman, as an alibi, been introduced.

Given Berg’s re-examination of the circumstances—including a new look at Baltimore area police and judiciary—perhaps Adnan Syed isn’t the only entity under the microscope.