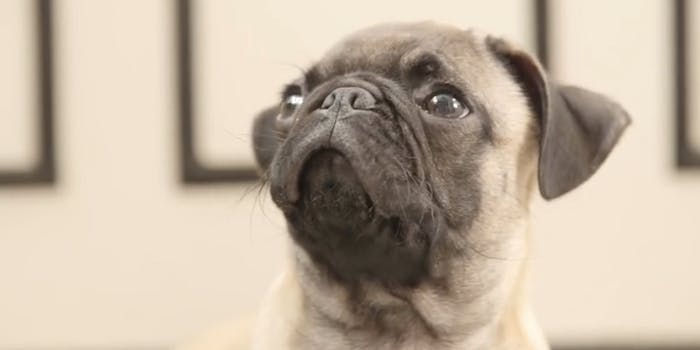 Hilarious ‘Text From Dog’ Tumblr gets its own YouTube series

Is blog to YouTube the new blog to book?

Pepper runs his own prank channel with more than 2 million subscribers and appeared on the U.K. version of Big Brother, but the new Text From Dog series runs on the Petcentric channel, produced by Purina through Collective Digital Studio. The channel also features other pet-friendly content, including Pet Magic with Jose Ahonen of hot dog levitating fame, and Rescue Cam, which features dogs and cats in shelters looking for forever homes. So far Text From Dog has released four episodes that run the gamut of doggy text interruptions, from first dates to why can humans name their dogs but dogs can’t name their humans.

Pepper may be YouTube famous, but Sir Chinston Pugsworth II is a star in his own right with more than 84,000 followers on Instagram. We’re excited to follow his future texting adventures.