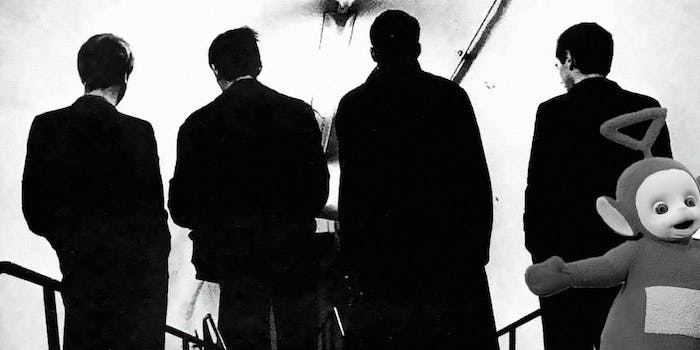 Teletubbies are probably partial to the early stuff.

Sure, Teletubbies rival Furbies in terms of dead-eyed, soul-stealing creepiness, but a new mashup video gives that creepiness some context.

YouTube user Christopher G. Brown edited some grainy black-and-white Teletubbies footage with the Joy Division song “Atmosphere,” and it syncs up perfectly. Apparently, people on Twitter had recently commented on the similarities between the footage and the song, and Vanyaland posted about the parallels yesterday.

The Teletubbies are fucking terrifying in black and white. pic.twitter.com/1b4BN0U838

Because the Internet is magic, this creation rose from its slumber to haunt your dreams.

Good luck thinking about Teletubbies in any other context again.