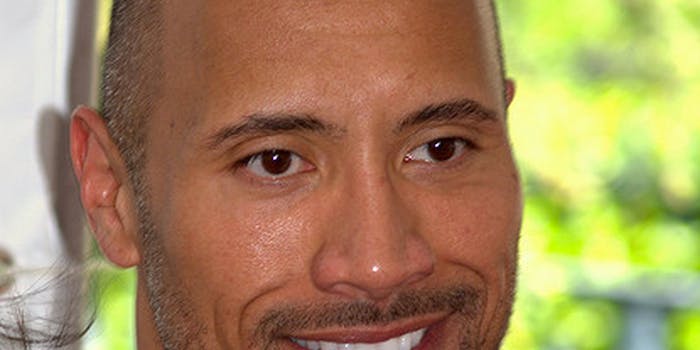 “Teddy Bear”: The Rock’s new movie came from a meme

New Line Cinema has bought the movie rights of an illustration that became a meme. The future film, tentatively titled "Teddy Bear," will star Dwayne Johnson, a.k.a. the Rock.

In the future, a picture might be worth a thousand words—spoken by Dwayne Johnson.

New Line Cinema has bought the movie rights of an illustration that became a meme. The future film, tentatively titled Teddy Bear, will star the wrestler-cum-actor known to most as the Rock. But there is no writer attached to the project yet, and the plot is a furry, fluffy question mark.

The picture, drawn by fantasy artist Alex Panagopoulos, features a little girl asleep in bed while a small bear holding a small wooden sword and shield protects her from a monster. It has since evolved into a meme, the caption reading, “Teddy Bears: Protecting innocent children from monsters under the bed since 1902.”

This is just one of the several projects Hollywood has culled from the Internet. In October, CBS announced it had picked up the rights to a single-serve Tumblr called “Hollywood Assistants.” A day later, NBC said it would transform another Tumblr, Emma Koenig’s “F*ck! I’m in My Twenties,” into a half-hour comedy. Even Reddit threads are fair game: In 2011, a comment turned into a movie deal for a film called Rome Sweet Rome, still in development.

Hiram Garcia, a former assistant of Johnson’s, discovered the picture and showed it to Beau Flynn, now on board to produce the film. They had collaborated on the 2012 family adventure Journey 2: The Mysterious Island, which might give fans a clue as to Teddy Bear‘s genre.

Considering the names attached and Johnson’s affection for children’s movies, Teddy Bear will likely stay PG. But whether the film will be live-action or CGI remains up for debate. “Judging by their past work, we wouldn’t be at all surprised if the movie ends up being those ones filmed entirely in front of green screen with settings superficially rendered in CGI,” writes Geekosystem. “So any hopes of it harking back to those days when family movies were sometimes dark, creepy, and still entertaining are certainly out the window.”