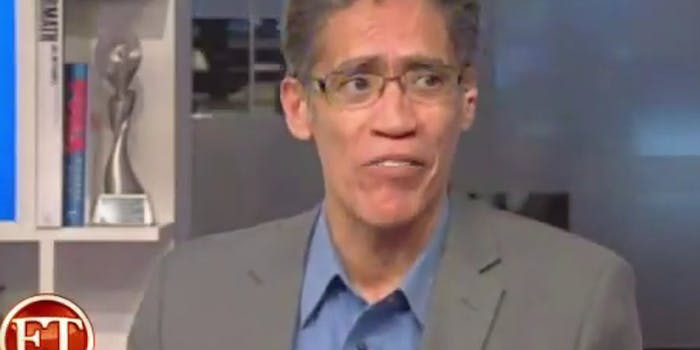 Why Reddit gets credit for Ted Williams’ “golden” life

The site made Williams famous. He—and his amazing voice—did the rest in fighting addiction and turning his life around.

Ted Williams probably doesn’t know it, but Reddit helped save his life.

The social news site propelled the “homeless man with the golden radio voice” to pop-culture fame. And after a tumultuous year, including two stints in rehab, things are looking up for the guy—if the following news report is any indication.

About a year ago, Williams, 54, was panhandling on the streets of Columbus. A Columbus Dispatch reporter, Doral Chenoweth, frequently passed Williams on his way to work. He knew Wiliams had a special talent: a slick, booming, radio-quality voice.

So one day Chenoweth shot a video of Williams talking and posted it to YouTube. Reddit did the rest, propelling him to the site’s front page and viral fame. (The original video has since been pulled due to a copyright claim by the newspaper).

After that, the predictable media circus followed. Williams did spots on the Today show, the Early Show, and Dr. Phil. Williams’ past struggles with alcohol and substance abuse came to light, as did his rocky relationship with his ex-wife and nine children. It wasn’t long before all that attention became too much for him. He eventually relapsed and entered rehab.

Now he’s sober and doing well, thanks partly to a full-time job as the official voice of NECN in Boston. Both Entertainment Tonight (which filmed Williams at his home) and redditors are happy to take some credit for Williams’ success.

“I’ve got an odd sense of pride for upvoting the original post,” redditor riboflavins wrote in a Reddit thread discussing the Entertainment Tonight video.

Nothing wrong with that. Millions of strangers helped change Williams’ life. But fame doesn’t treat addiction. Williams fights that monstrous disease on his own. A year from now, we hope he’s still winning.