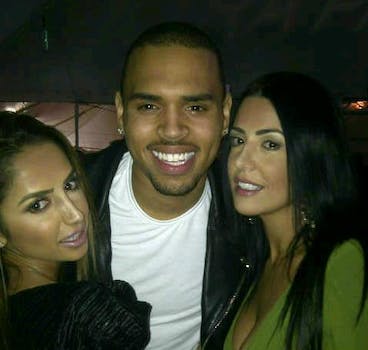 Even the slightest hint of criticism risks the wrath of Brown's tens of thousands of militant teenage fans.

What happens when you send a tweet pointing out the imperfections of pop star and noted woman beater Chris Brown?

You get your name raked through the mud. You get called a “bitch” and a “slut with a dress.” You earn the scorn of over 13,000 people who’ve publicly announced their allegiance to the controversial singer.

Simply put, you get the #TeamBreezy hammer.

Tweeting on Sunday, model Chrissy Teigen and writer Kelly Oxford both voiced their distaste for Brown’s performance during the Billboard Music Awards, making similar comments to the effect that the singer was lip synching over a recorded vocal track.

Oxford pointed out that the BMX bikes on stage didn’t do enough to distract her from the fact that Brown’s performance was slightly less than authentic. Teigen asked her followers, “Why sing when you can dance?”

Shortly after, the two were inundated with tweets from the #TeamBreezy squad, who threw a collective rash of heated vitriol in support of their undisputed idol.

Both women seemed relatively unfazed by the attacks. In fact, one could posit from their responses and willingness to ride the wave of tweets that they shared an initial sense of amusement over the stream of hate spewed their way.

“Man you’d think these people were paid,” Teigen tweeted. “They’d be RICH if it was an actual team.”

“I could troll them forever,” Oxford wrote. “It’s only getting better.”

No amount of glibness could penetrate the mob mentality, however.

“UR THEIR FOR LOOKS NOT TO TALK,” @HTxSweetMarisol wrote. “KNOW YOUR PLACE!!!”

Teigen has since retreated to her place, a place that involves dating singer John Legend and getting paid oodles of money to look really pretty and tweet about food.

As for #TeamBreezy, the fight goes on, and thousands of misconstrued teenagers and blindly supportive Chris Brown fans wait for the next chance to sling Twitter mud at the next celebrity who calls out a singer for lip synching.