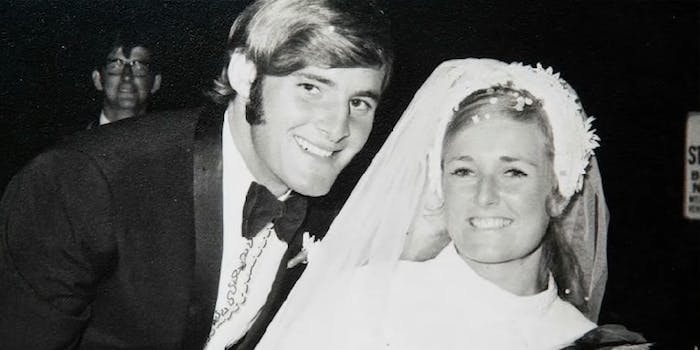 More than 27 million listeners tuned in, and reignited interest in the cold case.

An arrest has been made in an Australian murder case 36 years in the making. Following a series of revelations unveiled through investigative podcast series The Teacher’s Pet, Chris Dawson was arrested early Wednesday morning.

Decades after claiming his wife abandoned him and their two daughters to join a religious cult, Dawson, a former physical education teacher, is set to be extradited to New South Wales (NSW) where the 70-year-old is expected to face charges for the 1982 murder of Lynette Dawson.

Thanks to tireless reporting from the Australian podcast The Teacher’s Pet, investigators reopened the case, which had been closed since the ’80s. Reporter Hedley Thomas and producer Slade Gibson dug deep in creating their podcast, uncovering several witness statements that police commissioner Mick Fuller said were “not crucial, but they are corroborative.”

The podcast revealed areas in which the original investigation was lacking, more than anything. Delving into the strange and suspicious circumstances surrounding Lynette’s disappearance, The Teacher’s Pet honed in on details missed or ignored by police in 1982.

Lynette’s disappearance at age 33 left a hole in her family that Dawson quickly attempted to fill. Two days following her disappearance, Dawson moved a student of his—16-year-old Joanne Curtis—into their home. The two had begun a sexual relationship in the months leading up to Lynette’s disappearance. Joanne replaced Lynette completely in the following days, weeks, and months. She even wore Lynette’s jewelry to she and Dawson’s wedding on Jan. 15, 1984.

Digging up the area around the Dawson home never uncovered a body, but a pink cardigan with multiple cut marks was found. The marks, likely indicating stabbing, were not enough to implicate Dawson, according to police. The recent attention brought to the case by the podcast and its more than 27 million listeners worldwide helped the investigation to reach Dawson’s arrest.

Police have yet to discover Lynette’s body, but they say they are confident in the case. Three years of renewed investigations led to the arrest, with heightened attention from the public and media thanks to the Australian’s podcast. Lynette’s family told Nine News they were “ecstatic” about the development.