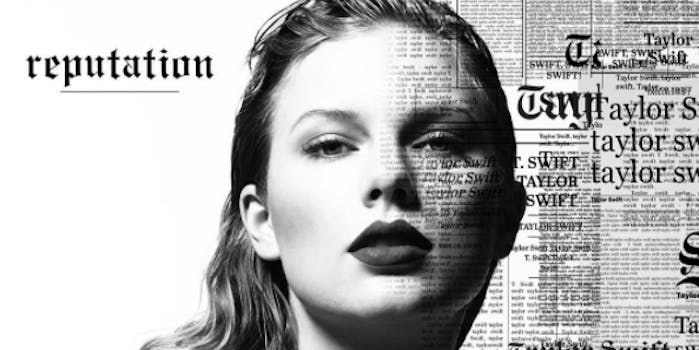 Taylor Swift‘s upcoming album, Reputation, was reportedly played over the weekend in a U.K. record store—six days ahead of its Friday release date. Now her fans are going to war over it.

An HMV record store in Birmingham reportedly played the album on Saturday for its unsuspecting shoppers. Since the reported leak, a tracklist circulating the internet reveals the 15-song album, with apparent features from Ed Sheeran and Future.

The “Swifties” have been waiting three long years for Swift to release another album since 2014’s 1989. Their anticipation has been building since Swift released “Look What You Made Me Do” in August and announced her album with a new bad-girl image. Reputation is Swift’s sixth studio album.

The “Has it Leaked?” official Twitter account also posted the tracklist and was met with upset Swifties, demanding the tweet be taken down out of respect for the artist.

One fan even called the record store to confirm the leak and has been relentlessly working on Twitter to defend Swift and explain to non-Swifties the severity of the leak.

Other Swifties also did not take this news well and were upset with the apparent leak. The Birmingham Mail reported that some fans have even made death threats to Birmingham HMV. (The record store has not confirmed or denied reports.)

Swift has not commented on the apparent album leak.