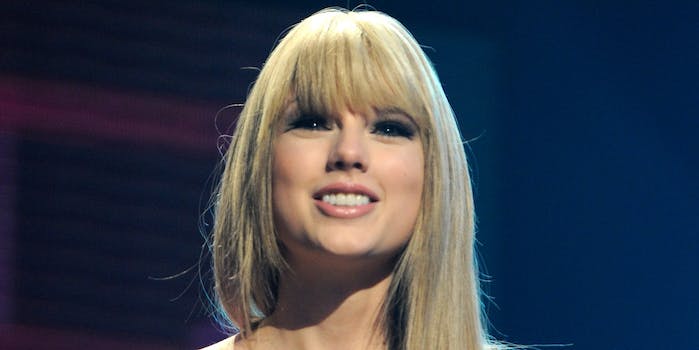 Here’s why bloggers are abuzz this morning with bad jokes about future breakup songs.

Here’s why bloggers are abuzz this morning with bad jokes about future breakup songs: News broke on a celeb gossip site that America’s favorite cheerleader Taylor Swift, 24, and 23-year-old Snapchat CEO Evan Spiegel, whose company rejected a $3 billion offer from Facebook, spent their holidays attached at the lips. 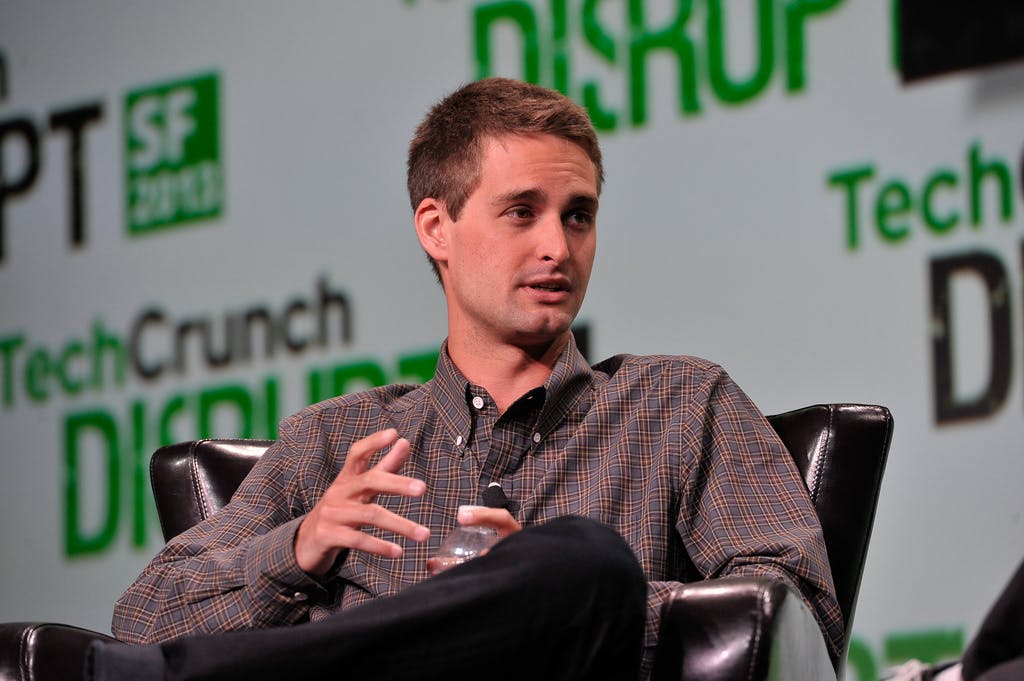 Last we heard, there were rumors that Swift was a secret 4chan user. But these are even better.

“I’m told that Taylor was at a party with Spiegel over the holidays and it was understood that they were checking each other. Nothing overt but my sources say there’s no doubt she was there with him and for him and that they’re seeing each other casually—so far.”

Ha ha, very funny. But the most interesting tweet by far: a tweet sent out by 2010 Stanford graduate Daniel Bohm on Jan. 3. This is a full six days before this latest piece of gossip went wide.

I can’t wait to hear Taylor Swift’s song about Evan Spiegel. There, I said it.

Swift’s rep denies any involvement with Spiegel. But a Stanford source close to the situation told us that there’s more to the story than just rumor.

The following night, Spiegel, who has thrown multiple young-alumni events at Snapchat’s Santa Monica headquarters over the last few months, threw a New Year’s Eve party in Lot 613, an events space in the Downtown Arts District. According to multiple sources, Swift was at the party as well. She arrived late and didn’t drink, said a source. “She was nice. She complimented people on their shoes and hair.” Multiple attendees confirmed that Spiegel and Swift were spotted together throughout the evening.

A separate source told us that Spiegel reached out to the Stanford Alumni Association, who had helped him organize his Snapchat party, to arrange for extra security for Swift to attend the Jan. 1 Stanford–Michigan State Rose Bowl game.

While Spiegel was most recently linked to model girlfriend Lucinda Aragon, a source extremely close to Aragon tells us that the couple “broke up in the last few weeks.” Spiegel hasn’t been spotted in Aragon’s Instagram feed since Oct. 23 of last year, and despite a Nov. 17 tweet referring to Spiegel as her boyfriend, the pair no longer follow each other on Twitter. They seem to be on good terms, though: On Jan. 1, Aragon retweeted this Rose Bowl message from Snapchat: “Let’s go Stanford!” Aragon did not go to Stanford.