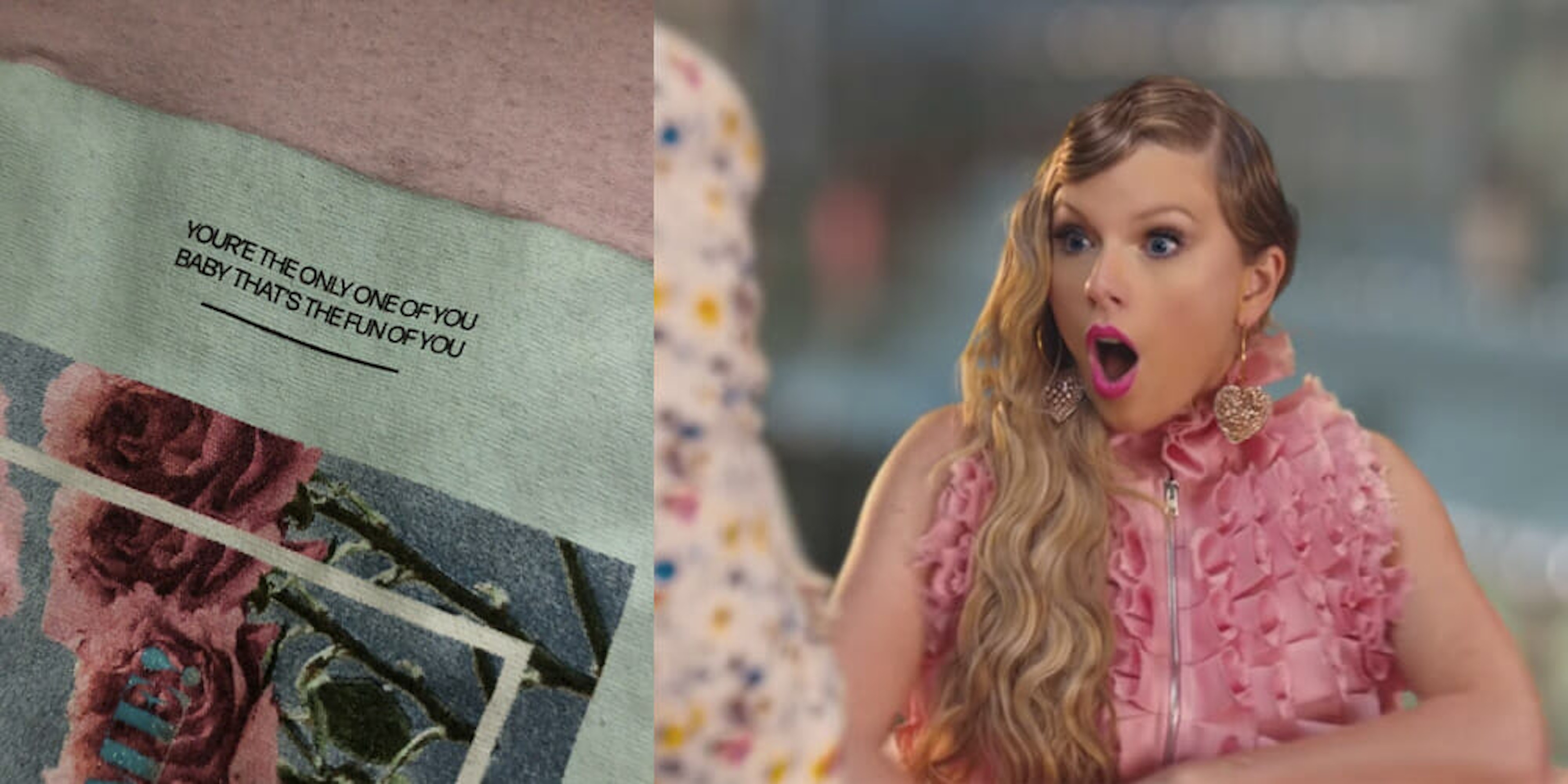 Was this an accident? Or is this just another Easter egg?

“Hey, kids! Spelling is fun!” Taylor Swift exclaims in her latest single, “ME!” So it’s pretty ironic that fans recently discovered a piece of Swift’s new “ME!” merchandise actually contains a spelling error.

The shirt in question was released as a limited edition purchase. It was one of several–”for 24 hours only”–pieces sold in Taylor’s store, shortly after the single first came out in April. It was printed with lyrics from the song, which should read, “You’re the only one of you, baby that’s the fun of you.”

Yet, fans are just now realizing and pointing out the egregious error.

“I’ve had this shirt for nearly a month and you’re telling me it’s had a typo THIS WHOLE TIME!!” One fan wrote on Twitter, along with a photo of the merch.

OK, so the misplaced apostrophe is actually more of a punctuation error. But, in a song that literally talks about spelling? Come on.

It wasn’t long before other Swifties were checking their own merch for the same error.

Swift has truly geared her fans up to assume that EVERYTHING has a secret meaning. And usually, everything does.

We know she’s scattered way more Easter eggs into the music video for “ME!” than we are ever likely to find. Her Instagram is filled with clues about her upcoming music. Even her last album, Reputation, seems to have held clues for her next era. She has even said that her recent performances, of the new single, contain hints as to what’s coming next. And then there’s the magazine covers and interviews to dissect. It’s exhausting being a Swiftie.

If it took us a month to realize there was a error on the ME! shirts, how long is it going to take us to find all of Taylor’s Easter Eggs? I’m genuinely concerned for our well beings.

There’s perhaps one more strange element of it all. The line, “Hey, kids! Spelling is fun!” is cut out of the radio edit of “ME!”

Could that have been a clue for fans to look for the error on the shirts?

Let’s just assume the typo is more than a simple typo. Honestly, it’s not that big of a leap when it comes to Swift and her love of clues.

Taylor Swifts trying to figure out a way to make the typos on her shirts look like an intentional Easter egg pic.twitter.com/m09HIxDJNB