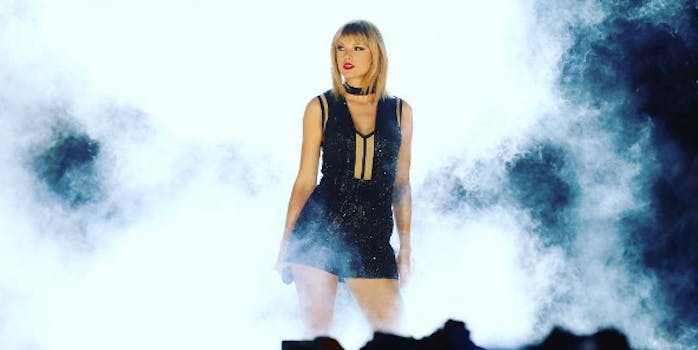 'My hope is to help those whose voices should also be heard.'

Four long years after the initial incident, Taylor Swift‘s sexual assault suit against former radio DJ David Mueller is over, and a jury has ruled in her favor.

The settlement she requested Mueller pay was symbolic, though: a single dollar in damages. It suggests Swift didn’t press the charges for financial gain (a common defense against people who step forward as victims of sexual assault), but on principle. The record now shows that he “grabbed [her] ass underneath [her] skirt,” and that’s that.

Swift said in a statement that her privilege as a pop star is part of what motivated her to pursue the case as aggressively as she did. Most assault victims aren’t able to shoulder the years-long financial burden of legal expenses for a case like this.

“I want to thank Judge William J. Martinez and the jury for their careful consideration, my attorneys Doug Baldridge, Danielle Foley, Jay Schaudies and Katie Wright for fighting for me and anyone who feels silenced by a sexual assault, and especially anyone who offered their support throughout this four-year ordeal and two-year long trial process… I acknowledge the privilege that I benefit from in life, in society and in my ability to shoulder the enormous cost of defending myself in a trial like this. My hope is to help those whose voices should also be heard. Therefore, I will be making donations in the near future to multiple organizations that help sexual assault victims defend themselves.”

During closing arguments, her lawyer Doug Baldridge added, “By returning a verdict on Ms. Swift’s counterclaim for a single symbolic dollar, the value of which is immeasurable to all women in this situation…You will tell every woman…that no means no.”

The jury reportedly needed only three hours to deliberate.