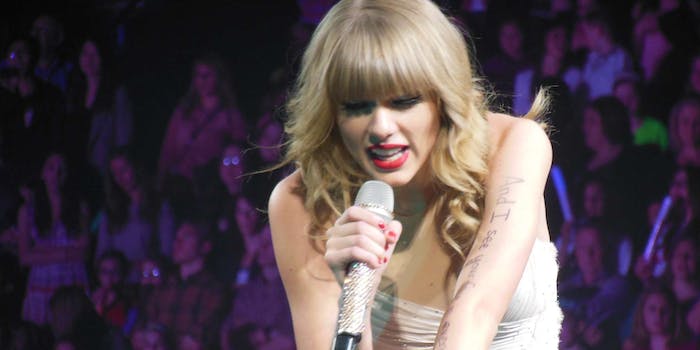 Taylor Swift was almost yanked offstage during a concert

These guys aren't 'fans'. Who does this kind of thing?

Two fans tried to jump onstage and grab Taylor Swift during a concert in Edmonton, Canada, this week.

Swift was in the middle of singing Bad Blood and kept performing as the two men were wrestled away by security. She seemed completely unfazed by the situation, although it sucks that she had to be prepared for this kind of behavior.

One of the men came close to grabbing her ankles while she was standing in high heels, but she quickly dodged and walked to the other side of the stage.

Haven’t these guys seen the Bad Blood video? It pays to stay on Taylor Swift’s good side.

Photo via Jana Beamer/Flickr (CC BY 2.0)