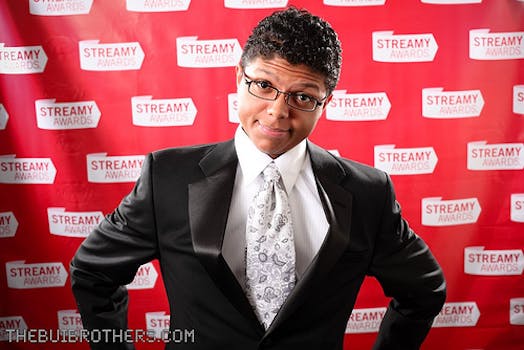 When Internet commenters get bored, they make up death rumors about viral-video stars. The "Chocolate Rain" singer is a favorite target.

Yes, it’s all a little ridiculous, but let’s look into this, shall we?

As far as the Daily Dot can determine, Zonday, né Adam Bahner, is still alive, though he hasn’t tweeted publicly since yesterday. No news source has reported his death, including CNN, to which many rumormongers are attributing the report.

A spokesperson at the University of Minnesota, where Zonday received his MA, said she hadn’t heard anything about him recently. A business contact for Zonday did not immediately respond to an email inquiry.

“Guys … STOP THIS,” wrote MrRetroboyish in a comment on Zonday’s viral video hit. “It’s not even funny to say a live person is dead. How do you think he feels? You douchebag losers.” That comment is currently featured as a top comment based on YouTube users’ votes.

The source of the rumors weren’t immediately clear, but the activity—assuming it’s a prank—has the hallmarks of a raid by 4chan’s /b/ imageboard. That board—which is how 4chan has become known to most people—routinely generates plans for “raids” which involve causing random disruptions for comedic effect—also known as trolling.

Killing off Internet celebrities deemed annoying is a common diversion for 4chan’s /b/ board—and the tactics used last night, primarily the Facebook and YouTube comments, are remarkably similar to past pranks.

Just last week, /b/ tried to kill off Martha Stewart, even going so far as changing her Wikipedia page to give her a day of death. (Stewart is still alive, though her daytime talk show has in fact gotten the axe.)

YouTube stars like Zonday and Michelle Phan are such a target of /b/’s ire that board members play a game, where they randomly pick someone to subject to fake death rumors.

Zonday has been the object of this game numerous times—at least once a year since 2008.

In prior years, pranksters even took to uploading somewhat creative videos about the “dead” person.

But mourning videos are actual work. It appears the /b/tards, as they’re known, have gotten even lazier with their trolling over the years.

Correction: An earlier version of this story said that Bahner did not complete his studies at the University of Minnesota. He did receive an MA in American Studies from the school.