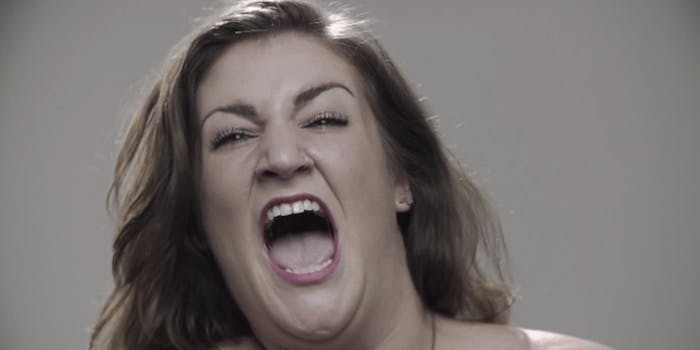 Watch a bunch of attractive people get Tased in slow-motion

Orgasm or electric jolt? You decide.

Want to watch a slow-motion video of attractive people getting Tased? You’re in luck, because that is exactly what photographer Patrick Hall created in his new piece, “The Taser Photoshoot.”

Hall took photos of roughly 100 people over the course of a night, as they received 300,000 volts, to show what people’s faces look like when Tased. His reasoning?

The Taser was apparently strong enough to get a reaction but not enough to physically injure the participants. And yes, this collection of faces does look like the poster art for Lars Von Trier’s Nymphomaniac. 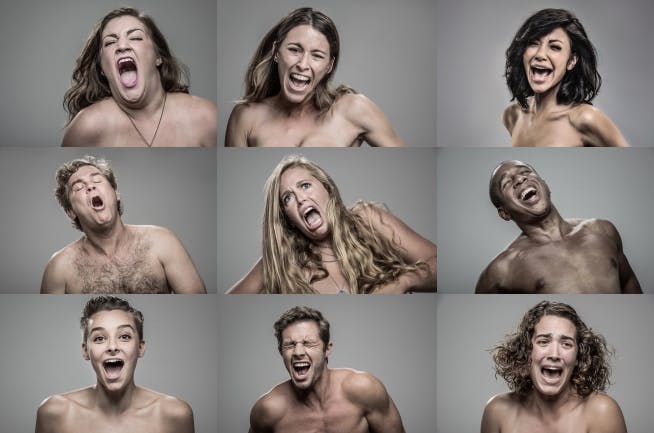 Hall explains the psychology behind this project, too:

“Each person was tazed by their friend or significant other which created an interesting dynamic in itself.  The emotions on both sides of the taser were extremely entertaining to watch. The person getting tazed was almost always nervous and jittery with either a sense of fear or anxiety. The participants doing the tazing had a different demeanor altogether. Most of them were excited to cause pain to their friend and only showed remorse immediately after executing the shock.”

The video portion shows the participants as they brace for the jolt, and then as they experience the actual Tasing. The behind-the-scenes video offers a bit more context.

Lest you think Hall is just a masochist with a camera, he got Tased too.