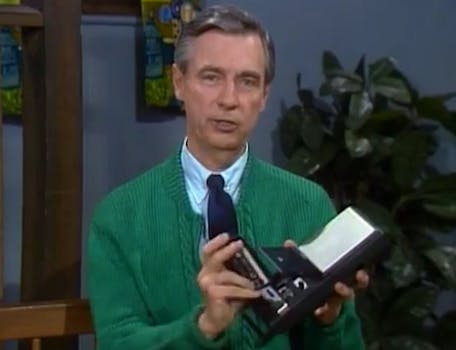 For 33 years, Mister Rogers’ Neighborhood taught kids that they could grow ideas in the garden of their mind.

Now, one of Mister Rogers’ biggest fans has proven just what is possible when you focus your mind around a wild idea.

John Boswell, a 26-year-old educational mashup DJ better known as Symphony of Science, has taken Mister Rogers’ lessons to heart, remixing inspirational snippets from the beloved PBS figure’s long-lasting program into an Auto-Tune track that will encourage the next generation of students to turn those ideas into reality.

In conjunction with PBS Digital Studios, Boswell released “Mister Rogers Remixed | Garden of Your Mind,” a three-minute video billed as the first in a series of remixes on popular PBS figures. The public television network commissioned Boswell for the video after coming upon his popular MelodySheep YouTube channel, which just recently eclipsed the 100,000 subscriber mark.

“When we discovered Boswell on YouTube, we immediately wanted to work together,” PBSDigitalStudios wrote in the video’s description. “Turns out that he is a huge Mister Rogers Neighborhood fan and was thrilled at the chance to pay tribute to one of our heroes.”

The three-minute video is currently locked at 302 views—a sign that YouTube analytics can’t keep up with the attention the video has received—but judging by the comments on the page, the video’s already been queued up for use as a learning tool in classrooms and beyond.

“Choosing the right melody is the key to highlighting the message,” Boswell told the Daily Dot in September. “If it doesn’t groove with the flow of the original speech, it doesn’t work; if it does, there’s a synergy that gives the series its inspirational qualities.”

Making mashups that inspire: Sounds like a mission that would make Mister Rogers proud.