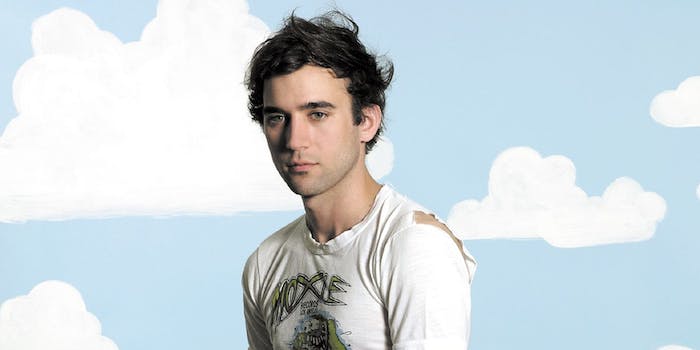 After Sinéad O’Connor and Annie Lennox wrote concerned open letters to Miley Cyrus last week, the Internet collectively assumed that the next person to follow suit would be another late ’80s/early ’90s female vocalist, like Linda Perry from 4 Non Blondes.

But the latest musician to take Cyrus to task is indie singer/songwriter Sufjan Stevens—not for Cyrus’s outrageous behavior but for her failure to grasp the present perfect continuous tense.

While praising the song itself—”great song, great message, great body”— he took issue with the line “I been laying my tired booty on this bed all night long,” from the chorus:

Miley, technically speaking, you’ve been LYING, not LAYING, an irregular verb form that should only be used when there’s an object, i.e. ‘I been laying my tired booty on this bed all night long.’ Whatever. I’m not the best lyricist, but you know what I mean. #Get It Right The Next Time.

Stevens went on to point out that not only does “#GetItRight” use the incorrect verb form (gasp!), it uses the incorrect tense (double gasp!) as well:

Surely you’ve heard of Present Perfect Continuous Tense (I HAVE BEEN LYING in this bed all night long [hopefully getting some beauty sleep?]). It’s a weird, equivocal, almost purgatorial tense, not quite present, not quite past, not quite here, not quite there. Somewhere in between. I feel that way all the time. It kind of sucks. But I have a feeling your ‘present perfect continuous’ involves a lot more excitement than mine. Anyway, doesn’t that also sum up your career right now? Present. Perfect. Continuous. And Tense. Intense?

Thanks for the grammar lesson, Sufjan. Where were you when “Empire State of Mind” came out four years ago?

H/T The World Is Abundant | Photo via Flickr/Jules Minus