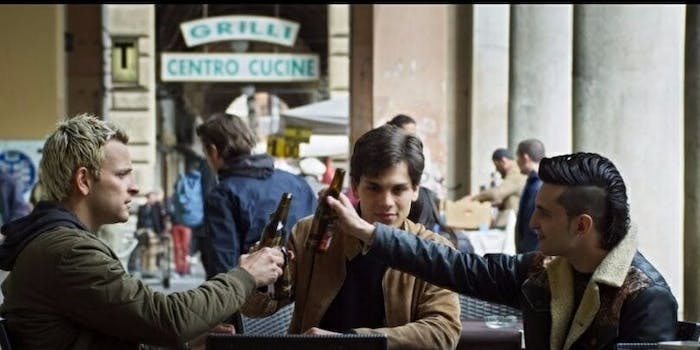 Netflix’s ‘Suburra: Blood on Rome’ shows off a unique story in a unique setting

Netflix has had massive hits exploring political ambition and corruption with House of Cards. With Narcos, it’s delved into the criminal empires behind the South and Central American drug trade. With its new original Italian crime series Suburra: Blood on Rome, it’s blending the two together—and throwing the Catholic Church into the churn for good measure.

Based on Giancarlo De Cataldo and Carlo Bonini’s novel, Suburra is set in Rome and revolves around conflicts between organized crime, politicians, and the Church itself, all of which have plans for the small seaside town of Ostia. The Church owns it, and the Mafia—especially a local crime boss known only as “Samurai” (Francesco Acquaroli)—wants it, planning to convert the sleepy burgh into a gambling mecca. Against this backdrop of powerful, dangerous people, three young small-time hustlers hatch a blackmail scheme involving a lusty priest and a tape he very much doesn’t want going public. As Samurai puts it in the first episode:

While there’s a lot going on in Suburra, the show knows how to hook you in the beginning. The first episode opens with a priest riding out of the Vatican complex and driving to an unidentified nearby building—and then smash-cuts to that same priest writhing around in the middle of an explicit orgy sequence, only to then collapse mid-coitus. The story then flashes back to show us the events that led up to this incident and the blackmail plot that follows it. The structure is nothing new, but the mixture of gorgeous Roman scenery, the Church angle, and the sheer surprise of the sudden naked tomfoolery definitely makes for one hell of an opening.

Netflix only made the first two of Suburra’s 10 episodes available for review, so it’s hard to gauge how the arc of the first season will play out.

However, Suburra should be able to milk plenty of narrative potential from its contrast of three ambitious young scofflaws against the backdrop of empires criminal, political, and religious. They give the show an anchor point that’s considerably easier to lock onto than the larger scope of political deals and criminal real estate development. (Lex Luthor would be proud.)

The show also won’t lack for source material. The book was previously adapted into a 2015 film, and all three incarnations of the story are based on a real-life Italian scandal. This series is a prequel to the events covered in the book and earlier film, so if the show lasts long enough, it could theoretically eventually do a more direct adaptation of the book.

Either way, Suburra is off to a good start, and the unique setting and the involvement of the Church both add some tantalizing angles that set the show apart from the so-far standard criminal scheming we’ve seen in many shows before.

Executive producer Gina Gardini sums up Suburra like so:

Rome is at the hub of this. You have to imagine the political power of Washington D.C., the largest criminal organization in the world, and every Mega-church in the world all co-existing within a 20-mile radius.

They’ve got our attention. Let’s hope they keep it with the episodes that follow.