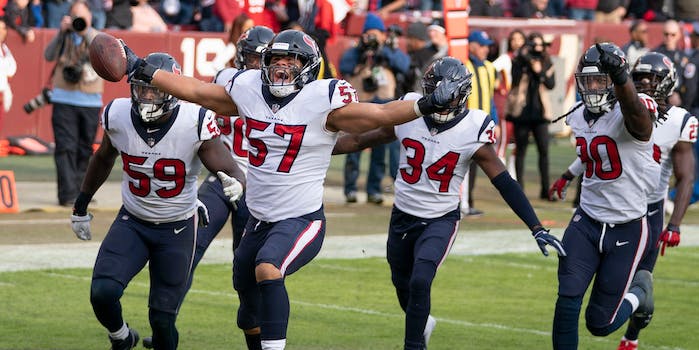 How to watch the NFL’s Wild Card games for free

You don't want to miss these four games.

There’s something truly electric about the NFL Wild Card games, a thrilling combination of optimism and desperation. The NFL playoff games today offer some intriguing matchups—with the Colts vs. Texans, Seahawks vs. Cowboys, Rams vs. Ravens, and Eagles vs. Bears—none of which you’ll want to miss. But if you’ve cut the cord, you might have some difficulty finding a live stream of the games. Here’s everything you need to know to watch online for free and the NFL playoff TV schedule for the Wild Card games.