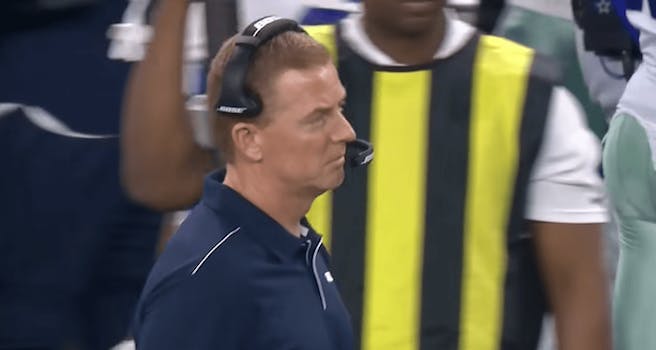 How to stream ‘Boys vs. Bears on Thursday Night Football

The Dallas Cowboys need to keep winning. Luckily, this week, they have to find a way to do that against Mitch Trubisky and the Chicago Bears.

Despite having the No. 1 offensive DVOA for almost the entire season (they only recently slipped to No. 2 thanks to the amazing play of the Baltimore Ravens), the Dallas Cowboys have an unimpressive 6-6 record. If they were in one of the NFC’s tougher divisions, their playoff hopes could be dashed. Lucky for the Boys, the rest of the NFC East happens to be worse than they are.

It’s hard to find two weaker teams than the Giants and the Redskins, and the Eagles’ season just went from bad to worse with a loss to the Dolphins. But, despite all of the help from their division rivals, the Cowboys are only one game ahead of the Eagles.

Even with Cowboys coach Jason Garrett’s amazing ability to lose games, this should be one matchup that Dallas can win. While Chicago managed to best the Detroit Lions on Thanksgiving, it will be difficult for the Bears to put up enough points to beat the Cowboys.

As for watching the action online, here’s everything you need to know to live stream Cowboys vs. Bears, including what to watch for on the field.

How to watch Cowboys vs. Bears online

Cowboys vs. Bears stream: What to watch for

After blowing a very winnable game against the Buffalo Bills on Thanksgiving, this Cowboys team needs to get back on track.

It was the same old story for the Dallas Cowboys last week, as nagging issues in all phases of the game undermined a productive offensive performance from Dak Prescott, who threw for 355 yards, two touchdowns, and one interception. Once again, the Boys managed to grab defeat from the jaws of victory.

Despite the fine stat line from Prescott, bad protection kept him rushed (hence the interception and an ugly turnover that doesn’t show up in the stat line). Though the Dallas defense got to the quarterback, poor secondary play and a linebacking corps sorely missing Leighton Vander Esch rendered that pressure worthless. Bills receiver Cole Beasley looked like an all-star, going for 110 yards and a TD.

Special teams has been particularly bad in Dallas this year, and last week was no exception. Brett Maher missed two field goals, leading the team to flirt with cutting him. Every week, some new aspect of this unit finds a way to fail, undermining the offense. While this whole coaching staff could be fired at the end of the season, at the very least, this special teams needs an overhaul.

There isn’t as much to say about the Bears at this point in the season because they aren’t playing meaningful football despite their decent record. Last week, Chicago had its best offensive performance of the year, with QB Mitch Trubisky playing with surprising competence. They still only put up 24 points.

The pieces are there for this Bears team to succeed. Anthony Miller has emerged as a nice compliment to Allen Robinson at receiver. David Montgomery looks good at running back despite the fact that most teams don’t fear the Bears’ passing game. The sixth-ranked Chicago defense would be getting a lot more attention if the offense was better.

Despite these positives, the Bears 6-6 record is a little better than their on-field product. Against good teams, Trubisky is a liability that can’t be overcome. Most of their losses don’t even feel competitive.

Look for the Cowboys to win here. If they can’t, this should finally be the end of the road for Garrett, who it seems is always about to be fired.