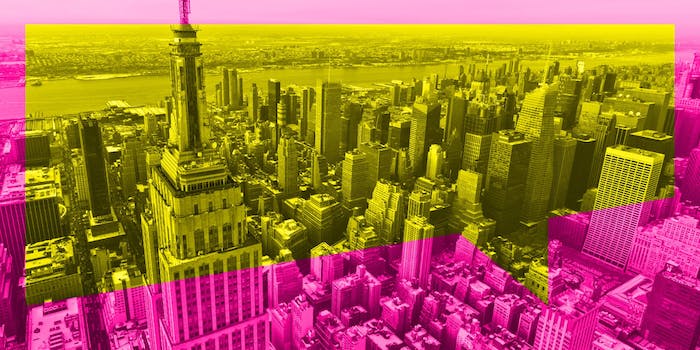 Can Stream Con be the VidCon of the East Coast?

A new convention looks to tap into the vast market for YouTube programming.

YouTube fans will have another chance to interact with their favorite creators in person now that a new digital video convention is on the books for the fall.

Scheduled for Oct. 30 through Nov. 1 at the Javits Center in NYC, Stream Con will feature programming for both industry professionals and fans alike. The first day will be entirely industry-focused, while the following two will include a mix of industry- and fan-focused events. The event is a joint effort between LeftField Media and Tubefilter.

“Stream Con NYC is a reflection of rapidly evolving consumer behavior,” said Greg Topalian, President of LeftField Media, in a press release. “Industries are all grappling with how best to connect with a new audience, and Stream Con NYC is where these worlds converge and where the engagement begins.”

Topalian founded New York Comic Con, but he has since branched out to new ventures like Stream Con. Since it’s still in the early stages, no guests have been announced yet, but the organizers boast that stars from a variety of multichannel networks will be revealed in the coming weeks. The price point for Stream Con that of VidCon and other YouTube-based conventions, with fan passes starting at $95 for the full weekend and $195 creator-level passes that mirror VidCon’s new addition of a Creator track. The industry pass starts at $395 and gives access to business-oriented programming as well as all the fan-targeted programming.

“Stream Con NYC brings together the wide range of opportunities facing creators today—all under one roof,” said Tubefilter founder Drew Baldwin in a statement. “Stream Con NYC will be the epicenter of education, engagement and discovery—where creators can connect with their communities face-to-face on their path to becoming the next Streamys icon.”

Stream Con isn’t the only VidCon alternative in the game. Playlist Live, which started in 2011, has now expanded from Orlando to include a second city location each year. In 2014 it hit New York, and this year it’ll swap to Washington, D.C. for an event in September. YouTube’s own fan conventions are finally making headway on North American soil as well. YouTube Fan Fest, which has previously only occurred overseas in international markets like India or Singapore, will touch down on North American soil in Toronto on May 2. There’s also a litany of smaller events and tours like DigiTour, that criss-cross the country yearly to cater to the YouTube devout.

VidCon may remain the mecca, but an East Coast alternative could win over many young fans who can’t afford cross-country travel or who just want more opportunities to meet their favorites. YouTube itself recently opened a glossy new YouTube Space in the New York market, with special attention paid to the brands and marketers in the New York scene who are looking to tap into the digital creator space. Stream Con could be the East Coast answer.