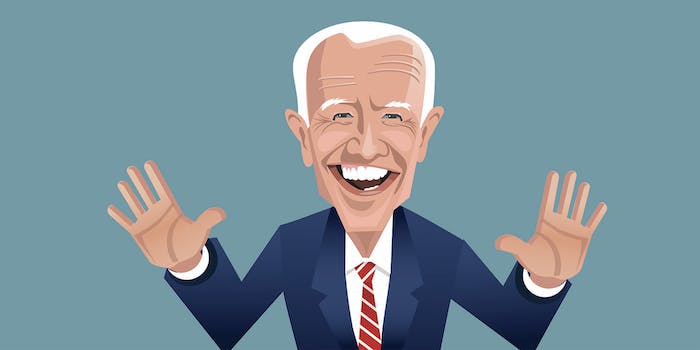 How to stream the Biden Town Hall on ABC

Here's how to see Joe Biden talk to voters.

You can stream the Biden Town Hall event on ABC on Thursday night, featuring Democratic Presidential candidate Joe Biden taking questions from voters. (Or, if you prefer, you can stream the Trump Town Hall in the same time slot on NBC.)

How to stream ABC News Live 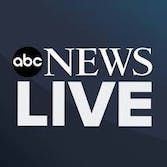 The planned town hall debate for Oct. 15 was disrupted due to President Trump’s positive coronavirus test and the Trump team’s unwillingness to do an online version of the town hall debate.

ABC News Chief Anchor George Stephanopoulos will moderate this 90-minute event, in which up to 21 audience members will ask Biden questions pertaining to the 2020 election.

The planned Oct. 22 debate between the candidates in Nashville is still on—for now. It will be a more traditional debate format moderated by NBC News’s Kristen Welker.

You can stream ABC via the following streaming services.

Hulu Live TV sets you up with local channels and has a broad spectrum of entertainment and sports channels to review, including the full suite of ESPN channels, Cartoon Network, FX, HGTV, and even deep cuts like National Geographic and Syfy. It’ll allow you to stream the Biden Town Hall event on ABC or ABC News Live.

FuboTV started as a streaming service geared toward sports fans, but it’s evolved into a broadly-appealing option with entertainment and news options alongside its robust sports choices. Depending on the package, you can access as many as 180+ FuboTV channels. If you’re looking to be entertained, Bravo, IFC, MTV, and VH1 are options even at Fubo’s most basic tier.

The Fubo channel list still includes plenty of sports, including the Fubo Sports Network, which has original programming mixing sports and humor. The FuboTV cost starts at $54.99 a month, and with Disney Media favorites like ABC, ESPN, and the Disney Channel now on board, some who were on the fence about Fubo are giving it another look.

ABC is available in a select number of FuboTV markets.

If you’re looking for ABC to stream the Biden Town Hall event, get in at the Plus tier to stream it.

Vidgo offers a package for under $40 a month that pulls together more than 60 English-language channels into its National English Package. The Vidgo channels include ABC, Fox, the ESPN family of channels (including ESPN Deportes). It’s one of the few streaming services that carries BeIN Sports. But it’s like Fubo in that, even though it started out for streaming sports, it carries a lot more now.

You might be surprised to know that Vidgo’s an option to find ABC for the Biden Town Hall live stream—and then you chat about it online via Vidgo’s Social TV platform.

If you’re looking for the Biden Town Hall event, know that you can stream it on YouTube TV.