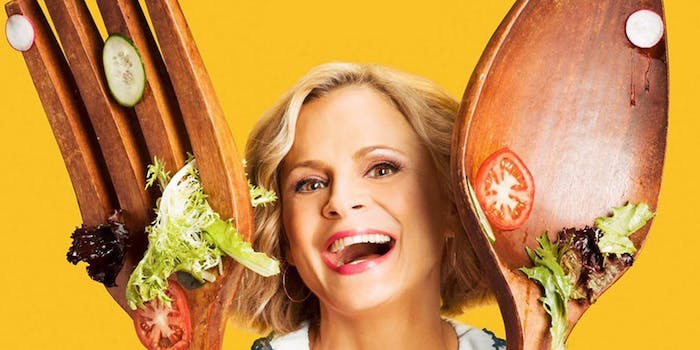 How to stream ‘At Home with Amy Sedaris’

Eat your heart out, Martha Stewart.

Is it fair to call Amy Sedaris a modern Renaissance Woman? Sure, she has a few cult comedy series under her belt such as Strangers with Candy and The Heart, She Holler, but she’s far more than just a comedienne. She may just be a domestic goddess.

At Home with Amy Sedaris is sort of what would happen if Martha Stewart Living became a full-fledged variety show. Sure, Sedaris brings the jokes and japes she’s built a brand on. But there’s far more than laughs offered here. In between the surreal comedy there are occasionally fantastic homemaking tips, spanning everything from entertaining, crafts, and even cooking.

Here’s everything you need to know to stream At Home with Amy Sedaris.

What is At Home with Amy Sedaris?

The surreal comedy/homemaking show combines two of Amy Sedaris’ loves. Growing up in Raleigh, North Carolina, in the ’60s and ’70s, Sedaris frequently watched programs such as At Home with Peggy Mann and The Bette Elliot Show, which inspired the show’s initial concept. The show’s vintage look is incredibly deliberate, inspired by popular entertainers of the era such as Lawrence Welk and Dinah Shore. When Sedaris conceived of the show some 20 years ago, it was originally going to be a spoof of Martha Stewart and similar personalities.

At Home with Amy Sedaris Reviews

Where to stream At Home with Amy Sedaris

There are a number of ways to get access to TruTV and stream At Home with Amy Sedaris and other TruTV shows live.