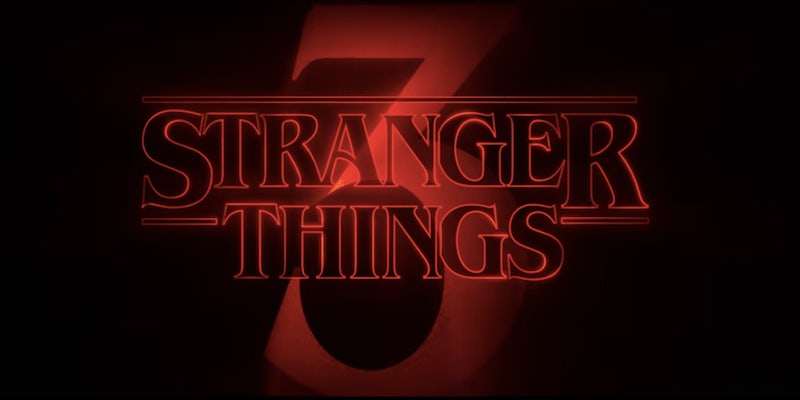 The next chapter could be coming sooner than you think.

Stranger Things season 3 was just released a few weeks ago, but season 4 is already rumored to be in pre-production.

Comicbook.com is reporting that the hit show will begin shooting its fourth season this fall, with production beginning around October. The news comes after a new listing from film trade publication Production Weekly, indicating that Netflix is getting ready for the return of the hit show.

For fans, this means that season 4 could be ready as early as next year, with the original cast slated to possibly return.

The show will probably pick up where this season left off, and of course, be set in the ’80s and be centered on chasing monsters.

In an interview with Comicbook.com, David Harbour, who plays Chief Jim Hopper, was asked if he would be appearing in season 4 of the show, especially after season 3 left the fate of his character uncertain.

“There’s a lot of stuff that goes down in season 3 that you’re going to want to pay attention to before you start thinking at all about the future,” Harbour told the publication. “They pulled no punches with the season, and it’s a big deal what goes down. So you really have to watch this before you start even speculating.”

Though an end date for Stranger Things has never been confirmed, the creators have teased that the show would end on either the fourth or fifth season.