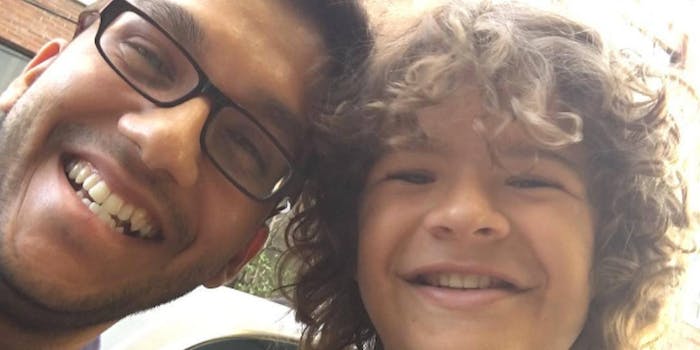 The start of a 'new trend.'

If you’ve seen Stranger Things, you’ll probably remember Dustin as the kid who helps the boys stay optimistic when things get… ominous, to say the least.

It turns out Gaten Matarazzo, the actor who plays Dustin, is just as sweet as his character.

On his Instagram account Tuesday, 13-year-old Matarazzo announced a new rule for fans who stop him on the street to take a photo: He gets to take his own selfie with them, too.

I got stopped hangin out with my buddy Finn. Reunited!