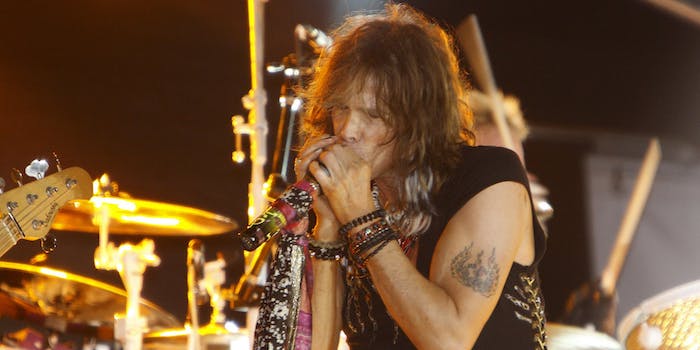 As usual, he slays.

Steven Tyler can rock any stage, including one on the side of the street.

The Aerosmith frontman landed in Moscow for the Russian city’s 868th birthday on Sept. 2. And a couple of days later, he came across a street performer on Moscow’s popular Arbat promenade when he decided to make his night, RT reports.

Tyler stood up to the mic with the guitar-playing performer and sang along to “I Don’t Want To Miss A Thing.” The surprise performance was captured by a number of cheering bystanders.

He seems to be enjoying the city—Aerosmith also posted a playful photo of Tyler in Moscow to the band’s Facebook page. One thing’s for sure: The bedazzled and blue jean-clad 67-year-old rockstar has still got it, even when he’s not filling up stadiums.