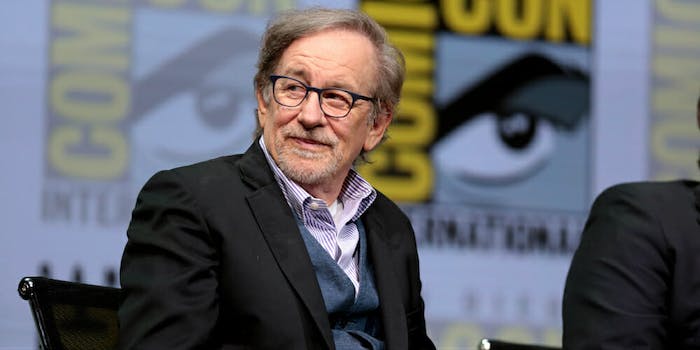 The filmmaker wanted to add an extra scooping of spooky.

Steve Spielberg is writing a horror series for the mobile-friendly streaming platform Quibi—but the caveat is, you’ll only be able to view it after the sun goes down.

The nighttime-confined series is aptly titled, Spielberg’s After Dark. According to Quibi founder Jeffrey Katzenberg, Spielberg “has already written five or six episodes” of a 10-or 12-part story. Quibi, short for “quick bites,” refers to episodes as chapters.

“Steven Spielberg came in, and said, ‘I have a super scary story I want to do,’” Katzenberg said at a film festival event. “He’s writing it himself. He hasn’t (written anything in a while) so getting him to write something is fantastic.”

Spielberg wanted to add an extra layer of horror to After Dark by making it so that viewers could watch an episode only after midnight. Quibi engineers came up with a way to make this happen.

The service will feature a countdown clock that will track both sunset and sunrise in the user’s respective timezone. When the sun rises, the episode will disappear from the Quibi app until the following night.

“Chapters” for Quibi are around the seven to ten minutes long, short enough for viewers to watch them on the go.

While it seems like Spielberg is trying to bring the idea of having people sit down at a specific time to watch something, it limits your window of when to watch and who might watch—whether it’s because of timing or not being able to handle a horror series at night.

Guillermo del Toro, Steven Soderbergh, Catherine Hardwicke, Sam Raimi, and Antoine Fuqua are among some of the other big-name creators Quibi has slated to complete projects for the streaming platform.

With an April 6, 2020 launch date, Quibi is set to lead with several productions ready for consumption.