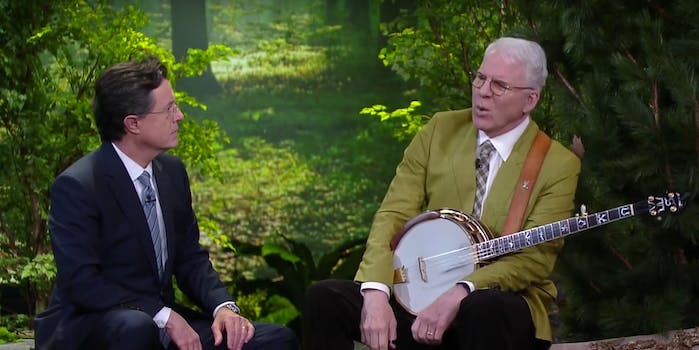 Even the plucky sounds of Martin's banjo can't erase what he tells Colbert.

Six months into The Late Show, Stephen Colbert is learning a lot about being a big-time host—and Steve Martin showed up on Tuesday night to teach him an important lesson about friendship.

What starts off as your typical late-night variety-show sketch quickly gets real, as Colbert and Martin’s song about friendship—with the latter on the banjo, of course—goes from a playful ditty to a startling admission. The truth comes out: As much as they may say otherwise, late-night hosts and guests are rarely ever friends. Colbert doesn’t know how to process this; Martin even signed a photo of his face for him!

“Stephen, TV friends isn’t the same as being real friends,” Martin told him.

Everything we know is a lie.