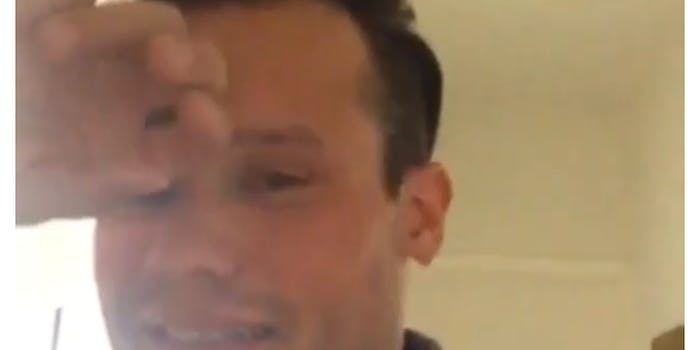 #Starbucksdrakehands is our modern mating ritual in a nutshell

Asking a woman out now requires a hashtag.

Ah, modern love. There are so many mediums that can express your amorous feelings now. For one intrepid L.A. Starbucks barista named Brody Ryan, that includes an Instagram selfie and a Drake song.

Last Tuesday, a model named Piper Kennedy gave her number to Ryan, at his request. Like any guy trying to play it cool, he waited a day, then texted her an Instagram video of himself, in which he smiles coyly, then rubs his eyes like he’s possibly just woken up from a nap, while Drake’s “Hold On, We’re Going Home” plays.

Kennedy’s friend posted the video on his page that day. A hashtag was born: #starbucksdrakehands. The race to meme status commenced. And then, everyone was StarbucksDrakeHanding.

If you couldn’t tell by his video, Ryan is a model, and a musician. His “identity” was revealed today on Ryan Seacrest’s radio show, where all viral memes go to die. Kennedy was also on the show. I desperately want this to be their first date.

Behold, our modern mating ritual. Meme-ing ritual? Anyway, has someone asked Drake what he thinks of this?