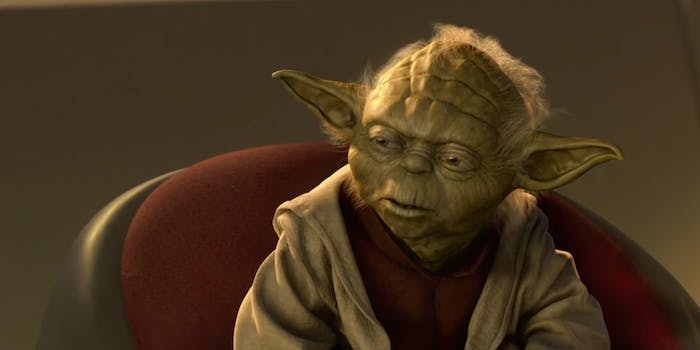 It's 'Star Wars' cut down to its core.

Whether it’s your first time marathoning them or your 100th, cramming in all six Star Wars films before seeing The Force Awakens can be quite an undertaking—especially if you’re doing it in one day.

But our time is limited—and some of us might not want to sit through one or two of those prequels. Luckily, Eclectic Method has our back. The group stitched together a three-minute video detailing the most important plot points.

It has practically no Leia Organa or Han Solo, it nixes nearly all of The Empire Strikes Back, and it skips over what the rebels are doing, but on the other hand there’s hardly any Anakin/Padme romance or Jar Jar Binks in it, which is a somewhat fair trade-off. But if all you want to know is the Skywalker story, then you’ve come to the right place.