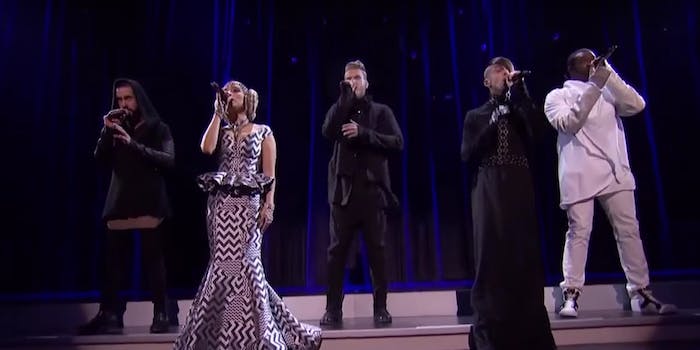 Their voices are from a galaxy far, far away.

Star Wars fever reached the stage at Sunday’s American Music Awards, with an a cappella tribute from Pentatonix that brought down the house.

Harrison Ford was on-hand for the introduction before Pentatonix launched straight into a tribute with nothing more than clips from the first six Star Wars films and The Force Awakens behind them. They were dressed for the occasion, too, with nods to Princess Leia’s hair and the cloak of a Sith Lord as they harmonized on “The Imperial March” and “Binary Sunset.”

And once the full orchestra joined them to play more of those iconic Star Wars themes we grew up with, there was nothing to stop us from feeling like kids again.