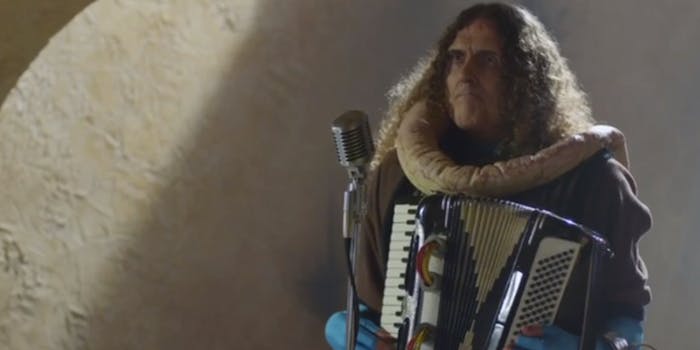 Weird Al, Reggie Watts, Ben Folds and more audition for the best gig in the universe.

While everyone’s rubbing themselves into a lather about the new Star Wars cast, its lack of women, and the existence of Chewbacca selfies, there’s one very important component of the series that hasn’t been addressed yet.

What about the Mos Eisley Cantina Band?

I never thought I’d never say this, but Chris Daughtry’s performance might have been the best one. Weird Al should be in the new Star Wars regardless. Also, smartphones now exist in Tatooine.