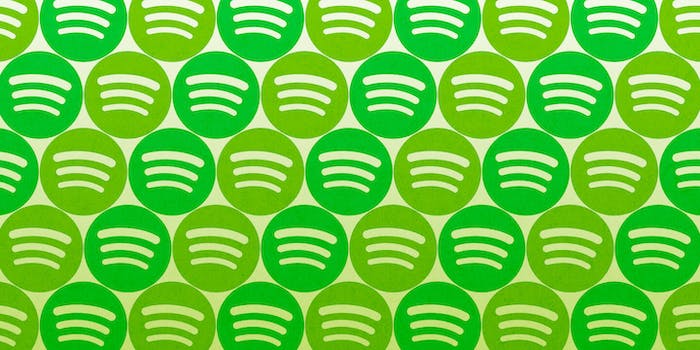 Is an uptick in albums that help us relax a sign that we've gotten really bad at relaxing?

Spotify is offering its users a new way to cut through the noise and see what’s popular on the streaming service.

The company’s new Sorting Hat tool, part of the Every Noise at Once project that it bought in 2014, offers a bit more insight into the rankings and genres of newly released albums on Spotify.

Last week, Eliot Van Buskirk, Spotify’s “data storyteller,” explained exactly why users should check this organizational tool. He quoted data alchemist Glenn McDonald, the engineer behind Every Noise at Once: Sorting Hat, obviously named after the hat in Harry Potter, is an “experimental attempt at an algorithmic organization of the week’s new releases.” Simply put, its purpose is to keep users in the loop about new music.

But one part of the service is seeing some particularly interesting activity.

We use the Internet for everything, so it makes sense that we often use it as a sleeping aid or to be more mindful. A look at new albums for the week of Sept. 4 shows that, out of the more than 2,400 albums released, 282 of them fell into the environmental/sleep/relaxative genre. 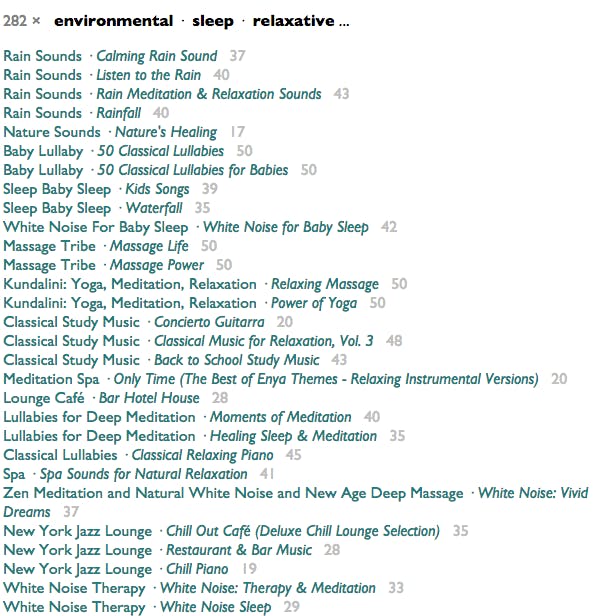 White Noise For Baby Sleep was a solid pick, but it also caused me to zone out and involuntarily drool a little bit while working. I can’t say the same for 100 Chilled Cafe Beats by Chill Music Universe. Their early stuff is better.

You might think that these types of albums are seeing a spike in popularity, but McDonald, the Spotify data engineer, told the Daily Dot in an email that he’s “[n]ot sure ‘popular’ is the right term here!”

“I think it’s more about ease of repackaging,” McDonald said. “Soothing Piano for [study/sleep/meditation/babies/yoga/focus/concentration/relaxation]. You can take the same music and claim any of these purposes for it.”

The insights gleaned from Sorting Hat, which updates every Friday, vary significantly from week to week, McDonald added.

“If I had infinite time, I’d listen to a little of literally everything,” McDonald said. “As it is, I spend a LOT of time scanning through a few seconds of many, many records both to see how the clustering is working and just to have a better personal sense of what it all means.”