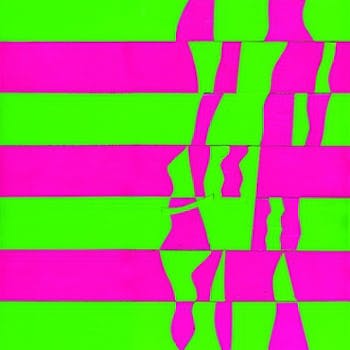 The Men, Pissed Jeans, Cloud Nothings, and Metz: This is the sound of a quarterlife crisis.

I thought. I would. Be more. Than this.

The effect had less to do with my personal circumstances than singer Dylan Baldi’s delivery: repeated 10 times in two-syllable bursts, building in waves of contempt to a violent fever pitch. In the end, it sounds as if he’s forcefully trying to banish the thought from his memory. You can almost taste the blood in his mouth.

“Wasted Days” captures a lifetime in a song—nearly nine minutes of fatal escapism that charges with the turbulent velocity of Sonic Youth’s Daydream Nation. It’s chaotic, disorienting, and absolutely thrilling, progressing like Kübler-Ross’ stages of grief—denial, anger, bargaining, depression, and acceptance—without ever quite reaching the other side.

It’s the sound of a quarterlife crisis, torn between future ambition and past rejection.

In essence, that describes almost every great punk single worth its weight in vinyl. But in surveying the recent return of noise rock, the same themes keep skipping to the innermost groove: the angular aggression of Touch & Go Records, Dinosaur Jr.’s mumbling rapture, and the confessional verve of early emo. You can hear echoes of it in the juvenile tantrums of Pissed Jeans (“Half Idiot”), the unflinching self-critique in Titus Andronicus’ “Ecce Homo,” and Tyvek’s brash anthems (“Wayne County Roads”).

These bands aren’t connected in any real significant way; there’s no catchphrase or label that ties it altogether neatly (though it should be noted that Golden Boys, Dikes of Holland, Flesh Lights, and OBN III’s can typically be heard in my former residence of Austin on any given Saturday night).

Instead, there’s just a feeling—a sense of desperation, squandered opportunity, and anxiety that comes with the realization that your hometown’s no longer home and you’re not sure what’s replaced it—a desire for that lost “nakedness, skin rush,” as Japandroids puts in “Younger Us”

My Big Ugly Quarterlife Crisis offers a potential soundtrack for the college-educated service industry—pissed off, lonely, and broke—but there’s a silver lining perfectly encapsulated by the Men’s brilliant “Open Your Heart.”

Open your heart to me
I’m lost, I’m found
I’m tugging at your sleeve

We were all meant for more.