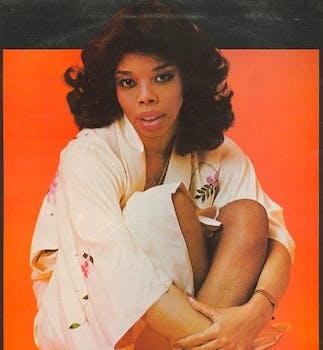 Whether or not you agree with Don Covay that love is sweeter on the other side of the fence, get ready for a whole lot of home wrecking, philandering, and fooling around.

When I got married three years ago, I put together a mix of soul songs that I felt reflected our relationship—songs about friendship, fun, and unflinching love. It was harder than expected. Sure, songs like Otis Redding’s “I’ll Let Nothing Separate Us” fit the occasion, but more often than not a close listen to my favorite love songs were full of heartache, bitterness, and breakups. Not exactly the sort of thing you want to be the bedrock of your big day.

If songs about cheating are any indication, I’d bet there are more anti-love songs in classic soul than tributes to the real deal. This playlist ballooned to well over 100 songs and six hours of music before I whittled it in half. The mix begins with Swamp Dogg’s “Predicament #2,” which lays out a basic plot that runs through the next three hours of music:

The mix closes with Erykah Badu finding a different answer to a similar situation: “I guess I’ll see you next lifetime,” she muses.  Between those bookends are all kinds of “Shackin’ Up” and “Creeping Away” to the “Dark End of the Street,” be it with the babysitter, secretary, Jody, or Mrs. Jones.

A few artists appear multiple times on the playlist because they practically made a career out of adulterous music. Millie Jackson’s 1974 release Caught Up—backed by the Muscle Shoals rhythm section—is a concept album about amorous triangulation, while the web gets tangled further on her 1975 followup, Still Caught Up. As my brother Johnny Quest once put it, you’re in serious trouble if your lady starts listening to a lot of much Millie Jackson.

Jackson certainly isn’t the only one with a catalog full of philandering. Ann Peebles (whose classic material is limited to Spotify users in Europe) dropped cold-hearted cuts in “You’ve Got the Papers (I’ve Got the Man)” and “I Feel Like Breaking Up Somebody’s Home.” Johnnie Taylor has countless conniving cuts, and you’ll hear the Stax star here on “Shackin’ Up,” “Who’s Making Love,” and “Jody’s Got Your Girl and Gone.” The Jody character—a slick talker who shacks up with ladies when their men are away—pops up on a slew of soul songs (four on this mix) and dates back to at least the 1930s, when Alan Lomax captured a recording of “Joe De Grinder” by Arkansas’ Irvin (Gar Mouth) Lowry. More than a fixture in music, Jody also appears in the context of travelling Negro League baseball players and black soldiers overseas from WWII to Vietnam.

Like a lot of the songs on this mix, the Jody songs play off one another. Barbara Mason’s “From His Woman to You” was written in direct response to Shirley Brown’s “Woman to Woman,” and everyone from Marlena Shaw to Amy Winehouse has flipped the Billy Paul classic “Me & Mrs. Jones” to the female perspective. It’s less clear if Bette Williams and Ann Sexton were intentionally riffing off one another, but “If She’s Your Wife (Who Am I)” and “I’m His Wife (You’re Just a Friend)” sure sound like a (contentious) conversation.

Whether or not you agree with Don Covay that love is sweeter on the other side of the fence, get ready for a whole lot of home wrecking, philandering, and fooling around. Oh yeah, and happy Valentine’s Day.

Photo of Millie Jackson via wikifeet