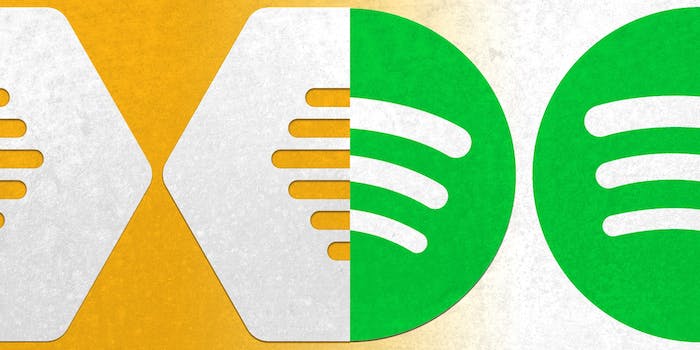 Have you listened to Duncan Sheik's 'Barely Breathing' 15 times in a row?

Dating app Bumble is hoping its users want to share what they’ve been listening to on Spotify.

The Austin, Texas-based app, started by Tinder co-founder Whitney Wolfe, allows women to take the lead in starting a conversation, which ostensibly cuts down on the harassment or unsolicited photos that come with playing Tinder. This newly announced integration with Spotify adds another layer to the process of connection, both figuratively and literally; if a user is connected to the streaming platform, the profile will display their top-streamed artists. So, if you’ve been rocking Calming Music for Cats for the past month, you might want to take that into consideration, though that is a great conversation starter—especially if you don’t have a cat.

“The partnership came about very naturally,” a Bumble spokesperson told the Daily Dot. “There are some great friendships amongst both company’s teams and it wasn’t long before we started talking about a collaboration. A little over a year later, we have a great integration that’s allowing our users to create even more meaningful connections through the power of music.” 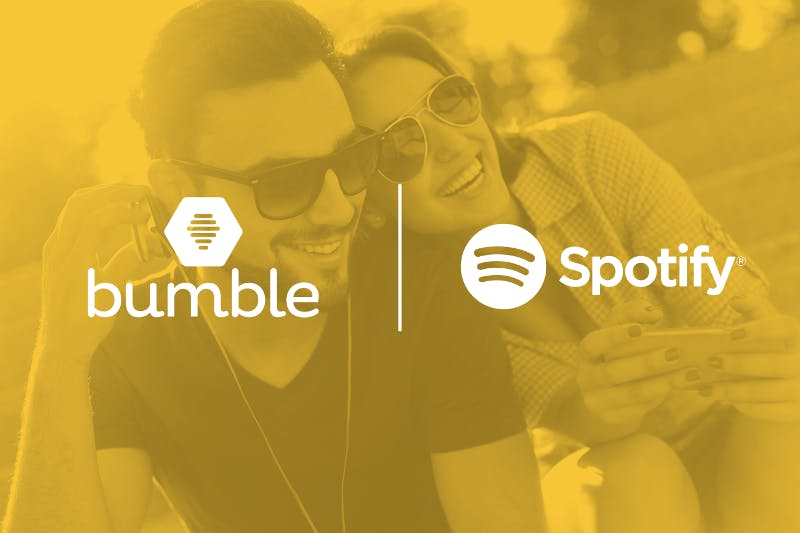 Spotify has posted its own mixtape for this occasion, made up of the most popular tracks from dating playlists on the site. The new feature will be rolled out over the next few weeks.