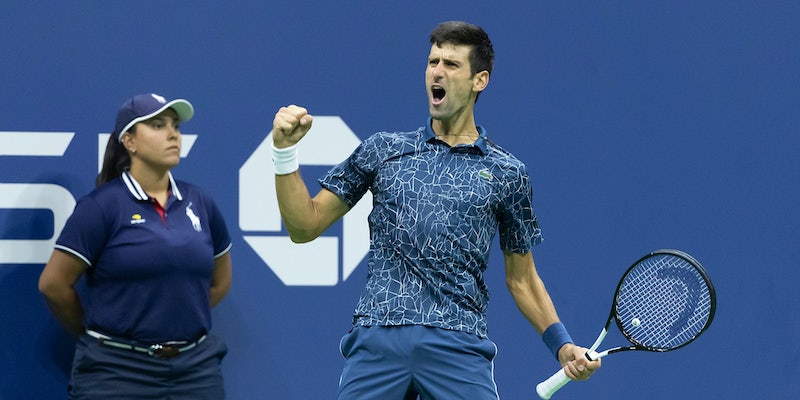 How to stream the U.S. Open tennis tournament

Catch all the action from Flushing Meadows.

Dating back to 1881, the tournament is one of the four Grand Slam events on the circuit, and like its Australian Open cousin, it’s played on hard courts. That makes it an even faster game than what happens on Wimbledon’s on-grass play or on the French Open’s famed clay courts.

Wimbledon gave both hardcore and casual tennis fans some great tennis and intriguing storylines earlier this summer—will the U.S. Open do the same? Check out all the action at the USTA Billie Jean King National Tennis Center in Queens, New York to find out.

What channel is the U.S. Open on?

The U.S. Open will be broadcast on the ESPN family of networks, with additional coverage on the Tennis Channel.

When are the men’s and women’s U.S. Open finals?

Here’s how to stream the U.S. Open.

ESPN+ has partnerships with Major League Baseball, a number of soccer leagues around the world (including MLS, USL, and Serie A), and UFC. It’s become increasingly essential for sports fans to add it to their streaming set-up. It’s also doing baseline-to-baseline coverage of the U.S. Open.

There’s a Sports Extras option for Orange + Blue subscribers, with MLB Network, NBA TV, and NHL Network part of the plan. There’s also a Sports Extra add-on for the Sling Blue package, and another one for the Sling Orange package. All three sports add-ons include the Tennis Channel.

The Fubo channel list still includes plenty of sports, including the Fubo Sports Network, which has original programming mixing sports and humor. Fubo added the ESPN suite of channels in an agreement that also brought ABC and the Disney Channel. Pretty much every sports channel you could think of is available through Fubo, including BeIN Sports, CBS Sports Network, and TUDN. Tennis Channel is part of the Sports Extra package that comes with Fubo Ultra.

At its most basic Plus tier, you can find sports staples like ESPN, ESPN2, and FS1. Tennis Channel starts at the Max level. Considering that AT&TV TV Now plans include the loaded Ultimate and Premier tiers, as well as the Spanish-language Optimo Mas package, you can find whatever sports channel you’re seeking in at least one of the AT&T TV Now plans.

Match of the Day: Saturday, Sept. 12, Osaka vs. Azarenka

Naomi Osaka looks the clear favorite in this one, though Victoria Azarenka ousted Serena Williams to get here. Azarenka does have some factors in her favor, though. She’s compiled one of the best return point win percentages in the tournament. She’s also been more accurate with her first serve than Osaka. However, Osaka’s first-serve win percentage in the Open is 81 percent.

Some top names are missing from both sides, and yet the field looks largely similar to 2019’s tournament. Here are the top eight men’s and women’s seeds.