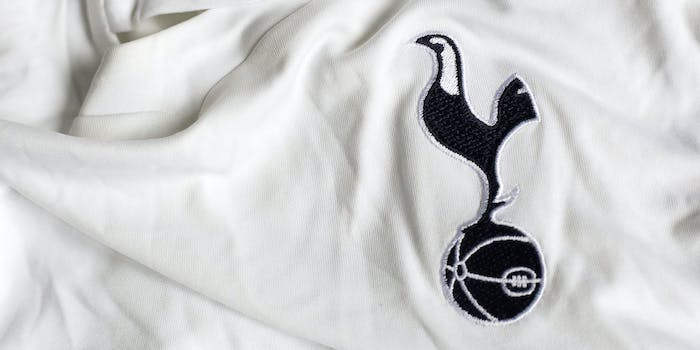 They might not be billing this campaign as "All or Nothing," but expect Tottenham Hotspur to gun for a trophy.

Here’s how to stream Tottenham Hotspur as it faces Wolfsberger AC in a Europa League knockout round match on Thursday.

Tottenham Hotspur is on the hunt for a trophy, and if it’s to be a Europa League one, Spurs will have to get past Wolfsberger AC on Thursday.

Here is everything you need to know to stream Tottenham Hotspur live.

Spurs had a rough week last week. They lost a wild 5-4 extra time battle to Everton to get knocked out of the FA Cup. Then, City blanked them 3-0 to drop them to 9th in the Premier League, just one rung above Arsenal. They’ll look to do better against their Austrian Bundesliga opponent.

Wolfsberger AC has advanced to the Austrian Cup semifinals, but is also looking to do better in domestic play. The team is currently in sixth, coming from behind to outlast Flyeralarm Admira over the weekend, 2-1. In Europa League play, it finished second behind Dinamo Zagreb in Group K, easily outpacing Feyenoord and CSKA Moscow.

According to the oddsmakers at BetMGM (as of Feb. 18):

How is Tottenham Hotspur doing? The 2020-21 season to date

Here’s how to stream the Premier League online live, be Spurs playing on Peacock, NBC, or NBCSN.

To stream Premier League matches this season, you’ll need Peacock to access every match. There is a free version allowing you to sample various NBC movies, shows, and original content. But for Premier League live streaming, you’ll need to upgrade to Peacock Premium.

It’ll become more and more essential throughout the season given the number of matches NBC’s featuring on the service. And, fingers crossed and covid willing, you’ll be able to roll right from the end of the Premier League season to the rescheduled Summer Olympics.

If you’re looking for a streamlined, cost-effective streaming package, check out Sling TV. It offers two basic cable packages, Sling Orange and Sling Blue, each of which costs $30 per month. There’s also the third option of getting Sling Orange + Blue for just $45 per month. You’ll get more Sling TV channels by choosing Sling Blue, with its 40 channels including sports favorites like FS1 and NBCSN; the latter lets you stream Tottenham Hotspur on Sunday. Sling Blue is also home to cable mainstays like Food Network and Discovery Channel. But Sling Orange brings must-haves Disney Channel and ESPN as part of its package.

It’s a great option for sports fans. It comes with ESPN, ESPN2, FS1, and FS2 at the ready. NBCSN is also on YouTube TV; you can stream Tottenham Hotspur vs. Manchester United there on Sunday.

Deeper sports cuts, like NBA TV, MLB Network, CBS Sports Network, and ESPNU are also part of the YouTube TV plan. For $10.99 more a month, upgrade to the Sports Plus plan to get NFL RedZone and six additional sports channels.

The Carabao Cup is one of many soccer competitions on ESPN Plus; you’ll also find the FA Cup, ramping up this coming weekend, on the streaming service.

According to William Hill, as of Dec. 27:

Here’s a complete list of the winners and runner-ups, dating back to the Premier League season in 1992-93.