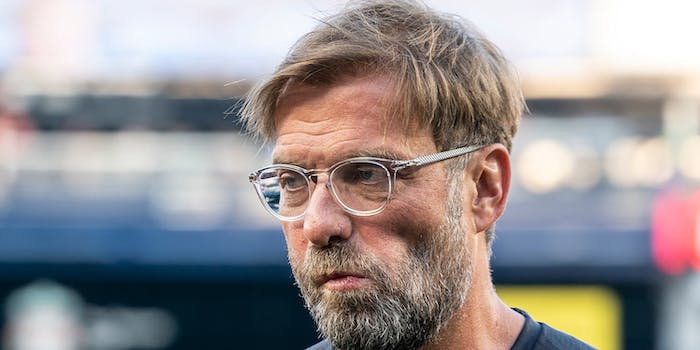 Here's how to stream Liverpool vs. Arsenal live in the 2020 FA Community Shield.

If you’re eager for the 2020-21 Premier League season, check out Saturday’s Community Shield live stream and its Liverpool vs. Arsenal matchup.

ESPN+ has acquired the rights to all the English cup competitions, including the Community Shield, FA Cup and Carabao Cup. The Community Shield is the traditional fall football kickoff, featuring the Premier League winner vs. the FA Cup winner. You can stream Liverpool vs. Arsenal live on ESPN Plus.

It has partnerships with Major League Baseball, a number of soccer leagues and orgs around the world (including the FA, MLS, USL, and Serie A), and UFC. It’s become increasingly essential for sports fans to add it to their streaming set-up.

Plus, you’ll gain access to the entire 30 for 30 catalog of sports documentaries, plus other great ESPN programming to keep you informed and entertained. And there are some promising new original shows headed ESPN Plus’s way in September.

Liverpool won its first league title since 1990 last season. It’s the Reds’ first title in the Premier League era. Jurgen Klopp and his team were just short of history, finishing with 99 points, just one point behind the highest point total ever set by Manchester City in 2017-2018.

This follows 2018-2019 season in which the Reds garnered 97 points and a sixth European Cup. Klopp has returned the club to the glory years of the ’80s, and may be able to do more.

Arsenal brought in new manager Mikel Arteta midway through the season to salvage a terrible (by Arsenal standards) season. Arteta led the Gunners to a record 14th FA Cup and a place in the Europa League this season.

The Gunners got revenge for last season’s defeat in the Europa League Final, defeating London rivals Chelsea in the final of England’s oldest competition, 2-1. Despite the eighth-place finish, things are looking up for Arsenal, as Arteta has brought new life into a club that had been lacking it for years. Pierre-Emerick Aubameyang was a Golden Boot contender and will be crucial to a possible return to the top four next season.