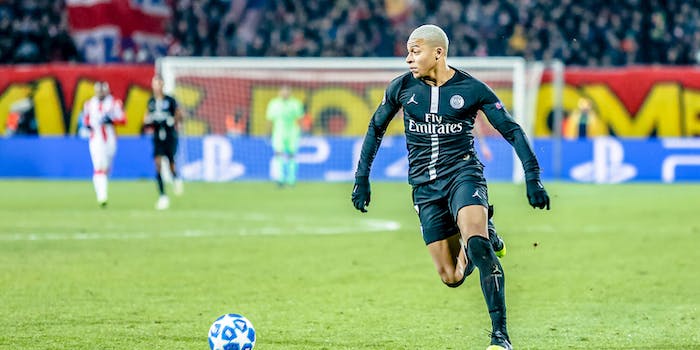 Can Neymar and Mbappe get to the finals?

The winner of this match, of course, secures a spot in Sunday’s final.

Here’s how to catch the PSG vs. RB Leipzig live stream.

The 2020 UEFA Champions League is streaming live on CBS All Access and on streaming services carrying TUDN and Univision.

Here’s how to stream PSG vs. RB Leipzig live.

At its most basic Plus tier, you can find sports staples like ESPN, ESPN2, and FS1. Considering that AT&TV TV Now plans include the loaded Ultimate and Premier tiers, as well as the Spanish-language Optimo Mas package, you can find whatever sports channel you’re seeking in at least one of the AT&T TV Now plans. If you’re looking for TUDN, you can get in at either the Optimo Mas or Ultimate tiers to stream it.

PSG finally got over the hump, securing a place in the semi-finals with its comeback over Atalanta. Mbappe provided an assist off the bench after recovering from an ankle injury; manager Thomas Tuchel now asserts Mbappe is fit enough to start on Tuesday.

Neymar provided an assist as well, salvaging what was an overall poor performance from the Brazilian winger.

RB Leipzig advanced past Atlético Madrid by outmuscling a team used to dictating physical, defensive play. Leipzig has played a very aggressive press since being promoted to the Bundesliga in 2016. In the past year, though, it’s evolved into a style of play combining elements of a high-press and classic possession under head coach Julian Nagelsmann.

This played a part in 21-year-old Tyler Adams scoring the 88th-minute winner. He received the ball from out wide, following a turnover on the Atlético side of the field, and took a speculative shot that got home. Tactics like these will be key against PSG. Nagelsmann and Tuchel are both experts in high-pressing, which should lead to a very aggressive and entertaining game.

According to BetMGM, as of August 17:

Here is how PSG lined up in the Quarterfinal against Atalanta:

Here is how RB Leipzig lined up in the Quarterfinal against Atlético Madrid: