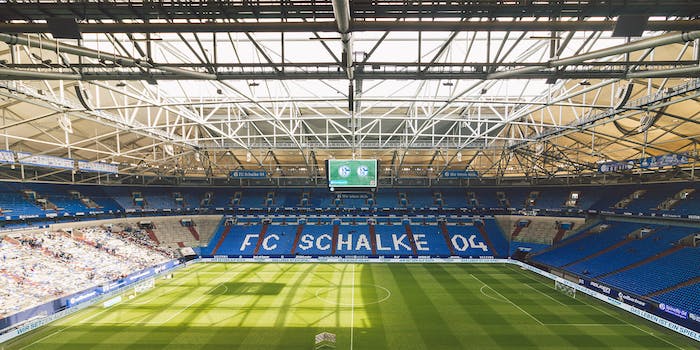 How to stream Schalke 04 vs. Werder Bremen

Werder is riding high after taking four points in two matches, and just might take down Schalke as well.

Here’s everything you need to know to live stream Schalke vs. Werder on Saturday

Saturday’s match between Schalke and Werder is unlikely to matter much in terms of league standings. Schalke is in 9th, nearly 20 points back of 4th and a Champions League spot. Werder, meanwhile, is 5 points from 16th. (In the Bundesliga, 16th place provides the dubious honor of playing the third-best second-division team to stay in the Bundesliga come fall.

But the game does have something going for it: It pits two United States national team players against one another. Weston McKennie, just 21, has already been part of Schalke’s first team for three years, and has played fairly consistently throughout that time. His goal in last year’s Gold Cup quarterfinals secured a 1-0 win for the USMNT against Curaçao. He’s also scored the fasted hat-trick in USMNT history: three goals in thirteen minutes in a CONCACAF Nations League game against Cuba.

While McKennie has scored only two goals for Schalke this season, one occurred just a few days ago in a midweek match against Fortuna Dusseldorf. The header was gorgeous, but Schalke still managed to lose to relegation-threatened Dusseldorf. In fact, Schalke hasn’t won a game since January 17.

Werder, meanwhile, also hadn’t won since that round—until last week, that is, when it surprised Freiburg with a 1-0 victory. Interestingly, in both these wins, Werder earned a red card. Perhaps that is key to beating Schalke.

USMNT player Josh Sargent, at just 20 years old, has featured for Werder’s senior team since turning 18. He’s getting a lot more playing time in his sophomore season, although it is split between starting and subbing. The attacker’s only scored three this season, but look for that to change as he gets more time, or perhaps if he moves to a different club—after all, Werder has scored just 29 in total.

This match will be shown on FS1 and TUDN.

Bundesliga couldn’t catch a break this week—literally. The midweek slate of games threw up some interesting surprises that would well end up being decisive in the final week. Schalke is still struggling mightily, and the 2-1 loss to Fortuna Dusseldorf, a side battling against relegation, extends Die Knappen‘s winless run to ten matches. It looked as though Schalke might actually pull off a win when McKennie sent in a gorgeous diving header. But ten minutes later, Rouwen Hennings equalized for Dusseldorf, followed just five minutes later by Kenan Karaman. It was Fortuna that walked away with the 2-1 win and the three points they desperately needed.

Werder‘s game was also something of a surprise. The squad faced off against Gladbach, a team that’s done well to cement itself in the Champions League spots. Perhaps confident after the 1-0 victory over Freiburg last week, Werder did very well to hold off the Foals on Tuesday. In fact, it did more than just hold them off. Werder had more shots, more shots on target, and more possession than Gladbach. Die Grün-Weißen just might be the ones who emerge victorious.

According to the DraftKings Sportsbook oddsmakers (as of May 29), Schalke is a slight favorite to win.