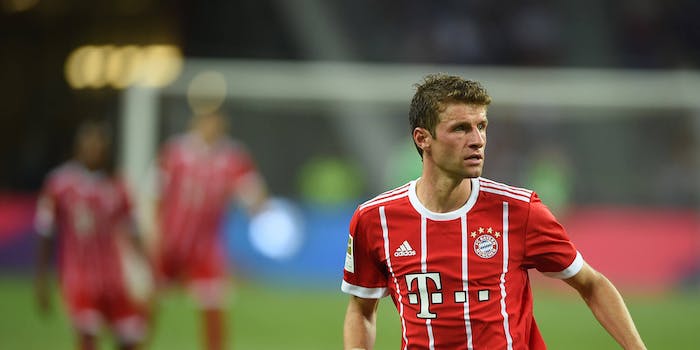 How to stream Bayern Munich vs. Bayer Leverkusen live

Here’s everything you need to stream Bayern Munich at Bayer Leverkusen on Saturday.

Even if the Bundesliga wasn’t the only top league playing, this would be the game you’d want to watch.

Bayern is top of the league, seven points ahead of Dortmund, and eleven clear of Leverkusen. The side has not been crowned champions yet, but everyone knows that the Salatschüssel is staying in Munich. After new manager Hansi Flick, brought in for Niko Kovač as a mid-season replacement, Bayern hasn’t lost a Bundesliga match since December 7.

What is truly commendable about this Bayern team is that Flick is a remarkable man manager. With a team composed of older egos and younger players struggling with confidence, he’s managed to massage both.

Robert Lewandowski, now 31, has made 27 appearances and scored 29 goals. Thomas Müller, a year younger, has provided 18 assists in 22 starts. Jerome Boateng probably thought he’d never get more than a few more minutes in the Bayern kit, but he’s back and leading a backline that’s conceded less than a goal a match.

Meanwhile, 19-year-old Alphonso Davies, the Canadian international playing left back, is so quick and has such a strong sense of awareness that he’s practically hit world-class level already. Joshua Zirkzee, also 19, scored in his first full debut against Hoffenheim. All this leads up to a team that can both attack at will and defend itself against almost anything an opponent throws at them.

Speaking of fun, Leverkusen turned a corner before the season shut down, and when it resumed, the squad has still managed to dominate—not counting the little blip that was last week’s 4-1 loss to Wolfsburg. This is one of the few sides that managed to beat Bayern under Flick.

Leverkusen likes to take control of possession and run with it, making the team a delight to watch. And there just aren’t enough words to describe Kai Halvertz, the 20-year-old prodigy. True Leverkusen fans have known about Kai for years; he debuted at age 17, and by age 20, he’d already notched 100 appearances for the club. Halvertz scored 17 goals last season, and he’s on such a hot streak now that he’ll likely pass that this season. Leverkusen may employ a bit of caution against Bayern, but don’t be surprised if the squad is allowed to be their best attacking selves.

This match will be shown on FS1 and Fox Deportes.

Bayern comes into this game after another dominant display, on its way to an eight straight title. Ther show against Düsseldorf was over by halftime, as Bayern went up 3-0, then added another pair of goals in the second half. Mathias Jørgensen kicked it all off with an own goal in the 15th minute, Benjamin Pavard made Bayern’s statement of intent known 15 minutes later, and Lewandowski sealed Fortuna’s fate just before the break. Of course, he came back to almost instantly add another, and Davies got in on the action as well.

Leverkusen faced a much tougher challenge last week, travelling to Freiburg. Having lost 4-1 to Wolfsburg midweek, the side needed to prove it was still Champions League material. While Leverkusen didn’t quite dominate the match, the one Havertz goal brought Leverkusen its much needed three points and added to his growing lore. The side is now even on points with Gladbach in the standings.

According to the DraftKings Sportsbook oddsmakers, Bayern are likely to take another step toward their title.