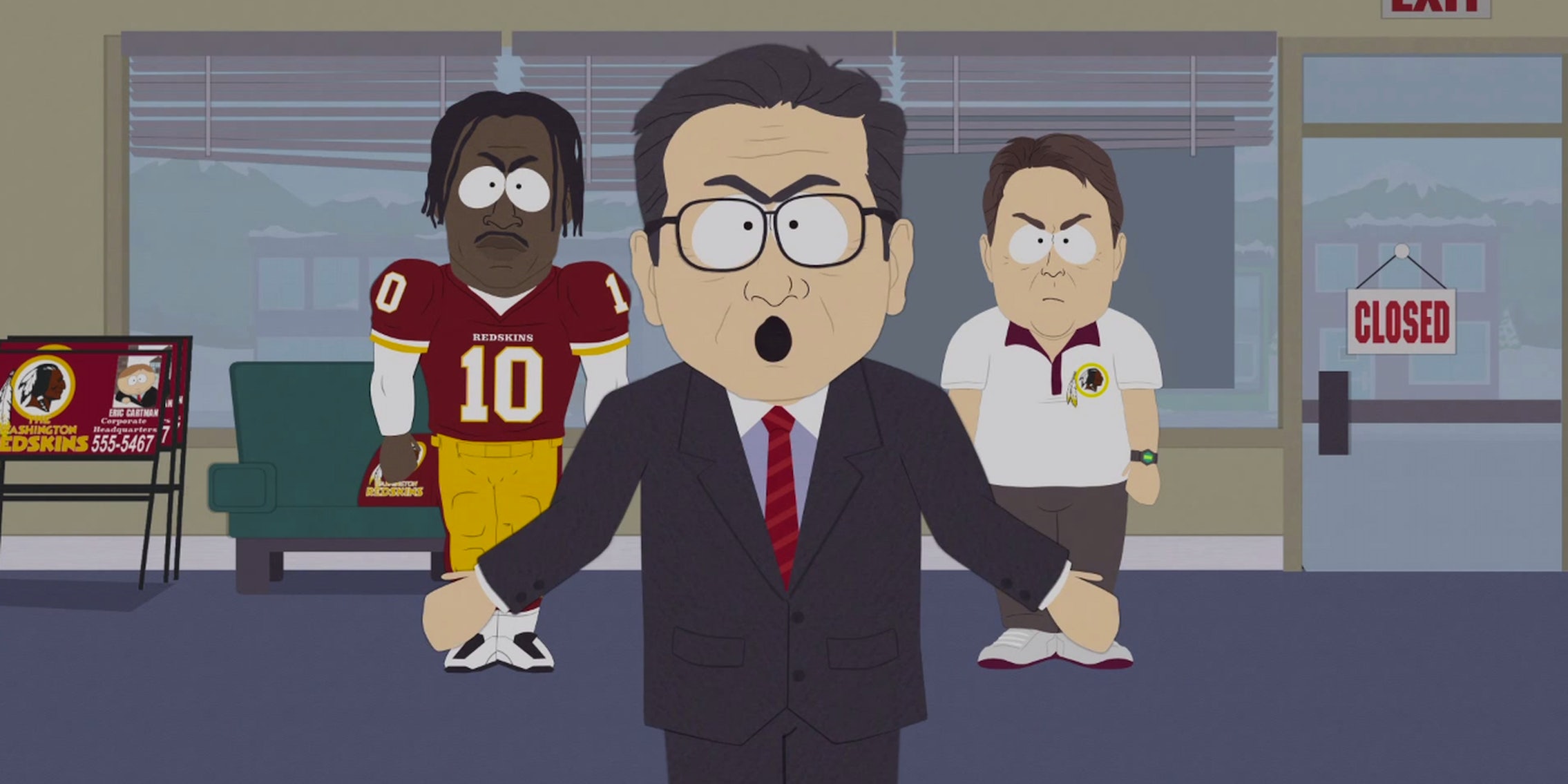 The show found its first target: the Washington Redskins.

South Park has set its sights on the NFL and the Washington Redskins.

Over the summer, the U.S. Patent and Trademark Office cancelled Washington’s trademark registration because it ruled that the name “Redskins” is “disparaging to Native Americans.” Washington is currently appealing the ruling, but for now, anyone can use the name and logo of the Washington Redskins for themselves for profit.

People have disapproved the use of the team name for years, but support for changing the name has swelled this year, despite Washington owner Dan Snyder being adamant about keeping the name. Many sports journalists and analysts are refusing to say the name “Redskins” on-air, sports Twitter has derailed almost every conversation about showing pride for the name, and an upcoming Daily Show segment will show a tense meeting between some Washington fans and Native Americans.

During the Washington-Philadelphia Eagles game yesterday, South Park aired a preview of its upcoming season premiere this Wednesday (reportedly only in the Washington, D.C., market), and it’s a direct hit on Washington—well, another one, since the team ended up losing to Philadelphia 34-37. And some of the arguments sound quite familiar for keen ears.

Out of everyone in the town of South Park, Colo., does it really surprise anyone who took advantage of the trademark?