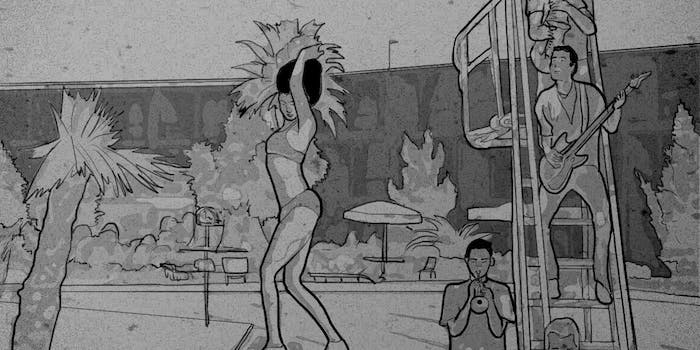 The history of the Soundie

Soundies were three-minute movies—usually musical, but sometimes fan dances or burlesque performances—that were available on a kind of movie jukebox called a “Panoram,” a coin-operated, 16mm, rear-projection cabinet, set up in bars and bowling alleys. Less than 2,000 Panorams were made, and they were only around from 1940 to 1946, but they introduced actors like Ricardo Montalban, Doris Day, Cyd Charisse, and Alan Ladd. 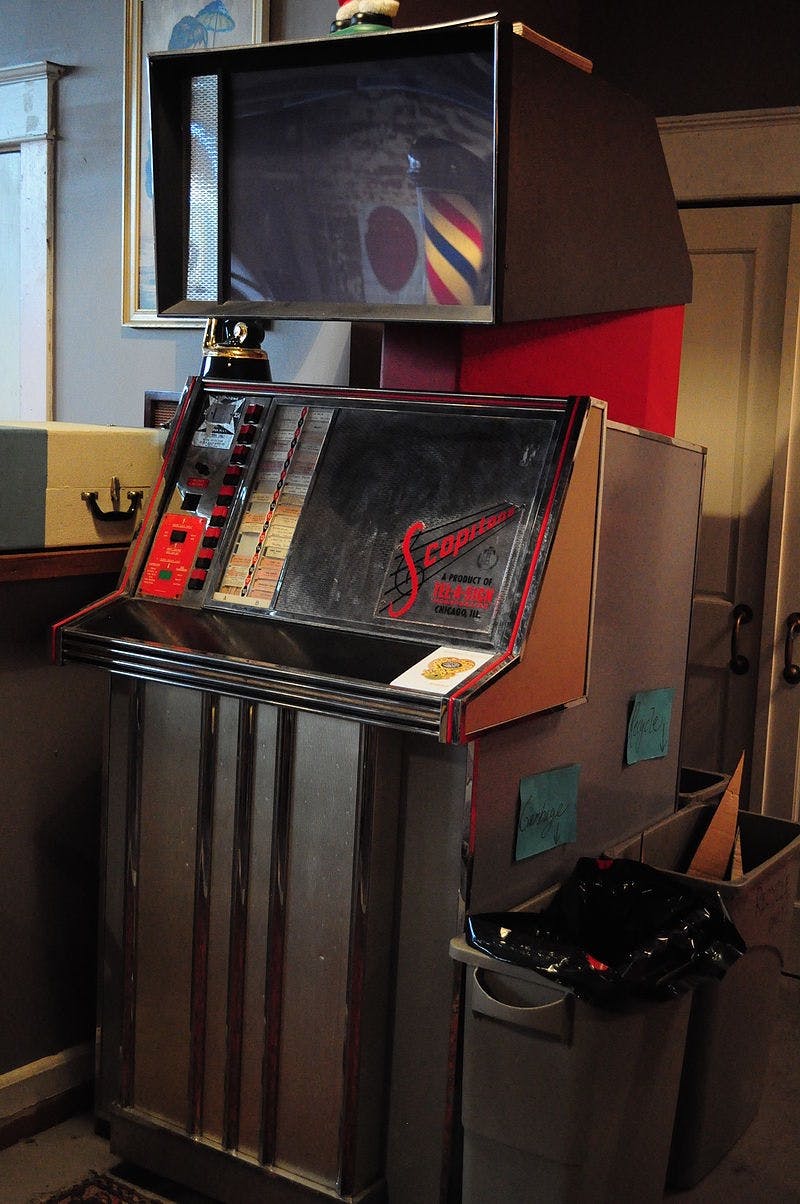 They also allowed African-American musicians a platform at a time when they weren’t welcome in feature films, at least not as the stars. Thanks to Soundies, jazz and blues musicians like Fats Waller and Louis Armstrong were the original YouTube stars. Black actors like Dorothy Dandridge and Stepin Fetchit, who played only supporting roles in mainstream movies, were stars in the Soundies.

“These were people who were known from radio, from their work on stage.”

Soundies, and their descendents, Scopitones, were a function of their time and place—wrapping up war and mob culture and transitioning into a time of forgetting and cheap commodification. They also gave birth to the modern and multifarious world of media entertainment we live immersed in today.

According to the UCLA Film & Television Archive’s Soundies page, Panorams presented their offerings on 800 contiguous feet of film. When you dropped your coin, you got whatever was cued up. In order to reach the widest market, Panorams were full of music ranging from “country and western to Russian balalaika music, tenors singing Irish folksongs, the big band swing music of Stan Kenton and Tommy Dorsey and jazz greats Count Basie, Duke Ellington and Nat King Cole.”

It might be tempting to watch Soundies and presume the unusual acts and unknown performers were “novelty” acts.

“I call that committing cultural hubris,” said Mark Cantor, of Jazz on Film.com. “You might look at a Soundie, for example, Frank Novak and his Rootin’ Tooters, and say, ‘this must have been someone they picked up off the street.’ But very few of the Soundies featured no-name talent. These were people who were known from radio, from their work on stage.”

“The Panoram came out in the height of the war period,” Todd Wiener, motion picture archivist at UCLA, told the Daily Dot. “People wanted to go out and forget their troubles. This was another one of those escapist things that was part of the period.”

But when it came to this new entertainment, the war both gave Soundies an audience and stripped them of the hardware needed for their continued existence. Soundies launched on the Panoram in January 1941. But when war was declared at the end of that year, all the materials needed to build and rebuild the devices went into the war effort, according to Cantor.

By the time the war was over, he told the Daily Dot, and the soldiers, sailors, and marines came home, they were ready to settle down. The cabaret tax made going out more expensive. In short, no one was interested anymore.

About a decade or so after Soundies bit the dust, their color successor the Scopitone arose, though for an even shorter time. There were only about 800 Scopitone machines across the U.S. at the height of their popularity.

According to celebrated graphic designer (and Scopitone enthusiast) Art Chantry, Scopitones had an even more colorful story than the films would indicate.

“The truth was that they were all run and created by the mob,” he told the Daily Dot. “They ran the coin-op industry in America, and they were trying to cash in on American youth (and provide cover for their cash businesses elsewhere). So, they simply had their interested ‘friends’ provide acts and do the production—in Europe. The result was this stilted, weird version of ‘American’ pop. It was as if the Rat Pack tried to go disco or something.”

Today, Soundies are mostly the purview of music, film, and American culture historians. But don’t think for a moment that they grew, bloomed, and died away forever. They had a tangible effect on the birth of the digital age.

No technology exists in a vacuum, so all the apps and Web tech we utilize on a day-to-day basis have antecedents. That’s not a controversial statement.

Where it gets odd—and wonderful—is when you realize that the stuff you use every day has its origins in a technology you never knew existed. Here are a few of the things your phone and tablet are loaded with—that you probably used in the last 24 hours—which started with the first Soundie, and to a lesser extent its weird cousin, the Scopitone.

Perhaps the most logical connection, YouTube is a technology to share short video offerings. Comics release comedy shorts, bands share music videos, and people don tiny pants and dance about: all activities that debuted on the Panoram with Soundies.

Scopitones featured short, dippy offerings, which were produced by indie producers on the cheap. The notion of getting attention by the public by making an end run around movie studios and radio stations started here. There is a little-acknowledged technical advance here as well which parallels Vine’s trajectory: Scopitones were color when most television was still black and white, while Vine provided easy access to free video when few services could do so.

This is the easiest relationship to track. The first music videos were Soundies. Drop in a coin (modern parallel: pay your cable bill), and you got to watch a staged musical performance. Because Soundies were arranged on a reel, you had to watch what came next. You couldn’t select a specific song as you did with a jukebox. So you might get Johnny Long’s “Caterpillar Shuffle” when you wanted Ellington’s “I Got It Bad and That Ain’t Good,” in much the same way that you fired up MTV wanting to see The Clash’s “Combat Rock” and winding up with Classix Nouveaux’s “Guilty” instead.

Want to see movies and other offerings outside the mainstream? Want to see things more “adult” than you’d see in movies and broadcast? Want to see voices that are censored in the bulk of media? Drop a coin in the Panoram. Or get cable. Both technologies produced work (and artists) later acknowledged as top-shelf. Black musicians and actors in particular got a leg up thanks to Soundies; cable has given a spotlight to directors focusing on everything from the rural American West to the black urban East Coast.

Every hipster bar from Brooklyn to Silver Lake should, by all accounts, house either a Panoram or a Scopitone machine. Then again, what those technologies had to offer is already right there, on your phone and at your fingertips, and thanks to video-sharing sites like Soundie grandchild YouTube, the films have been made accessible again.

So here are a small selection of the little films your grandparents and great-grandparents used to Fonzie up with during an evening of drinking. The music is better, the women hotter, the men more handsome, and the ideas weirder than anything on your smartphone right now.