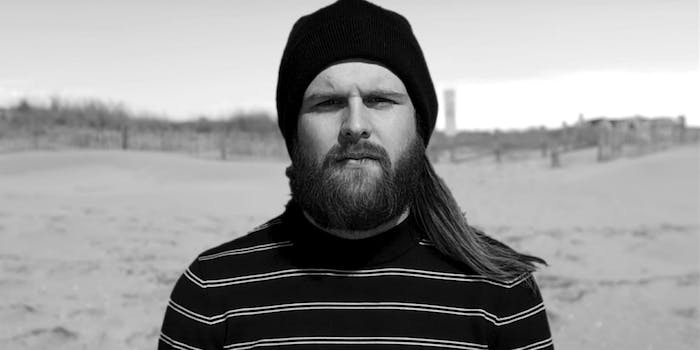 He claims the allegation is 'baseless.'

Nicole Schoenholz, of the band One Hundred Year Ocean, alluded to Sorority Noise frontman Cameron Boucher being a rapist on Tuesday.

She posted to Facebook, and then deleted the accusation, but it reappeared on Reddit. Schoenholz does not name Boucher but does use his initials and his band’s initials.

In the post, Schoenholz claims Boucher raped “a friend of mine.” Someone claiming to be her commented on the Reddit thread: “My friend stayed the night with Cam while he was in college and she woke up to Cam f-cking her while she was asleep. This isn’t a unique situation or one off ‘missed step.’”

In the thread, people also discuss past allegations of abuse and manipulation by Schoenholz. She was a member of the group The World Is a Beautiful Place and I Am No Longer Afraid to Die, but in March 2017 keyboardist Katie Dvorak posted a statement detailing her departure and hinting that there might be deeper allegations of abuse.

Sorority Noise announced a hiatus after its upcoming tour, leading many to speculate as to why. Boucher wrote that the hiatus is “something I’ve been thinking about for a few months and I think it’s in my heart and mind’s best interest to take a break from the band for a while.”

On Tuesday, Boucher responded to the allegation, asserting that “I would like to firmly state that her accusations are false” and that he takes “accusations of sexual violence and nonconsent very seriously.”