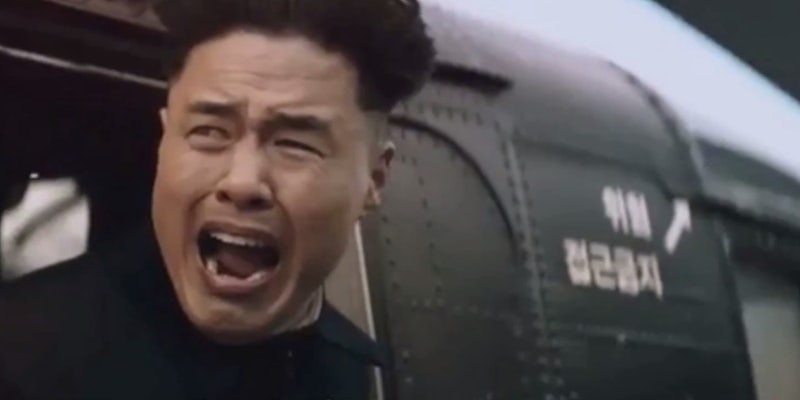 Watch the controversial ending for yourself.

The U.S. State Department saw a rough cut of The Interview and approved its content, the Daily Beast reports.

This following news that Sony is cancelling the planned Dec. 25 release of the long-anticipated film in light of terrorist threats the FBI is expected to link to North Korea.

The film has generated controversy since production, mainly due to the fact the plot centrally revolves around the assassination of North Korean Supreme Leader Kim Jong-un. One scene in particular that raised unprecedented involvement was the death scene of the rotund ruler where it appears he is killed by an exploding tank shell. The clip in question caused involvement from the Sony CEO Kazuo Hirai who very rarely interferes, if at all, with the Hollywood-based Sony Pictures.

Hirai was concerned that showing the explosive death of a man who is considered a living god in North Korea could possibly cause reprisals against the company. Something which later became apparent in the hack against Sony by the “Guardians of Peace,” revealing the email conversations revolving around the film and the State Department’s blessing.

The cancellation followed a threat from the hackers making allusions to the 9/11 attacks with a warning that showing the film could cause reprisals. U.S. Government officials confirmed to the Daily Dot that they were investigating the threats. The North Korean embassy at the United Nations did not return requests for comment.