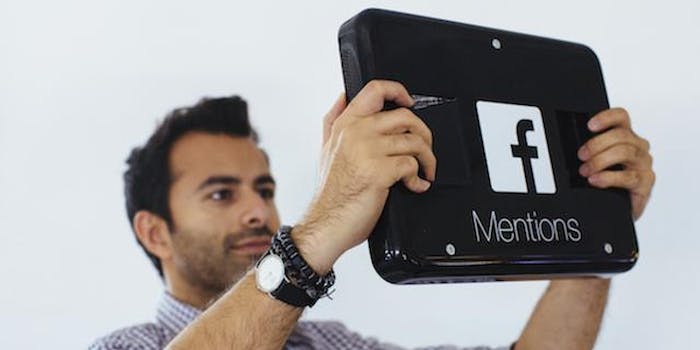 The 2014 Emmys are tonight, and in addition to fielding questions on the red carpet, celebrities will now be asked to interact with Facebook via a giant “Mentions Box.”

Facebook and Access Hollywood have paired up to accost nominees with the tablet, which celebs have to shake like a Magic 8 Ball to access and answer fan-submitted questions, and their responses will be recorded. A post on Access Hollywood’s Facebook page explains host Billy Bush will be the one stalking celebs with the giant tablet, and on Friday they asked for questions for stars like Lena Dunham, Woody Harrelson, and Bryan Cranston. 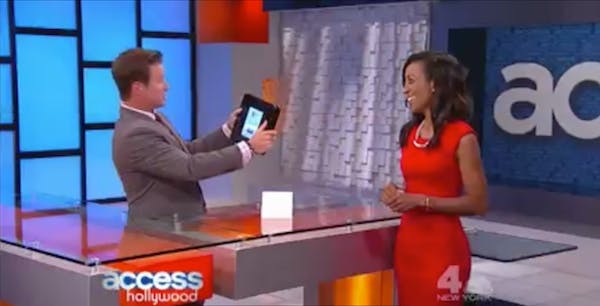 The tablet’s design comes courtesy of iStrategy Labs, and it’s explained on the website that the box is making its debut at the Emmys. So why do celebs have to shake the thing? The reasoning is a little hazy:

After many discussions, brainstorms, and rapid prototyping efforts focused on how to best represent the Facebook platform in physical space, we landed on something between a Magic 8-Ball in function and an Etch-A-Sketch in form. Ultimately, we settled on a tablet encased in a polycarbonate form factor finished off with a luxury car finish.

Twitter has been doing something similar with its Twitter Mirror, which allows celebs to take selfies backstage at awards shows. It’s taking its physical marketing presence a step further tonight and will debut a zip-line red carpet camera, so celebs will now be dodging giant tablets and airborne cameras. Thankfully, Parks and Recreation’s Retta will be Twitter’s livetweet host, so there’s that to look forward to.

But wait, there’s more: Vine is debuting a 360-degree video station to record the red carpet, Instagram is giving backstage access to a handful of “influencers,” and for the first time, a Pinterest page will document the event in real time. All of this is no doubt an effort to document every single moment of the event, in case another Oscar selfie moment happens. Who will “accidentally” drop the Facebook Mentions Box first?