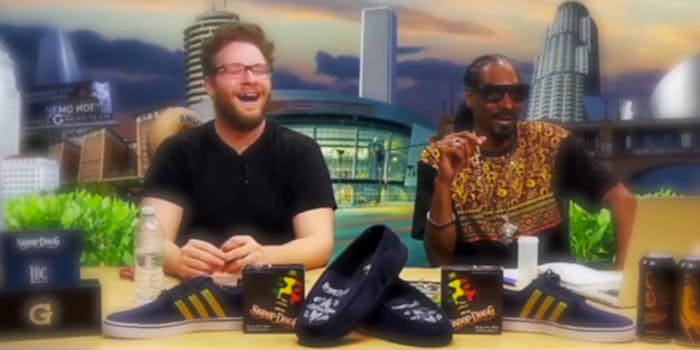 The world was missing these critical insights.

Game of Thrones has been recapped to death, but all those reviews are really missing the insights of Seth Rogen and Snoop Dogg.

Rogen recently joined Snoop on his talk show, where they got higher than a giraffe’s toupee, and offered a critical overview of the show’s plot.

They get into Game of Thrones’ lack of diversity. Rogen remarks that “there’s not a lot of black dudes on Game of Thrones.” Snoop responds, “Is there one?”