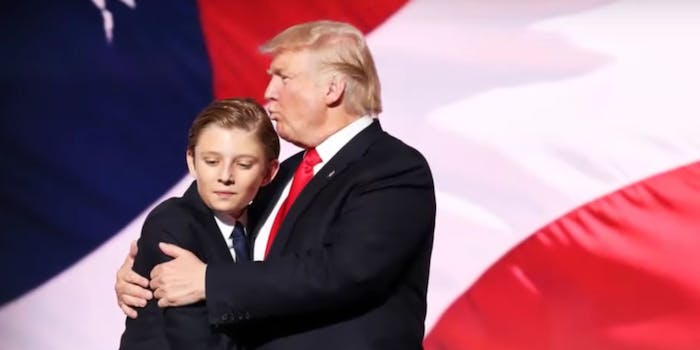 Rich referred to Barron as the 'country’s first homeschool shooter.'

As expected, the internet exploded with jokes and memes after the inauguration—but one comment about Barron Trump left a bad taste in everyone’s mouths.

“Barron will be this country’s first homeschool shooter,” Rich posted. Along with the rest of Rich’s timeline, the tweet has since been deleted.

The post received innumerable angry responses, including a public response by Chelsea Clinton.

Barron Trump deserves the chance every child does-to be a kid. Standing up for every kid also means opposing @POTUS policies that hurt kids.

Rich temporarily deactivated her Twitter after the incident but restored it today to issue an apology tweet. She did not immediately respond to a request for comment.

I sincerely apologize for the insensitive tweet. I deeply regret my actions & offensive words. It was inexcusable & I'm so sorry.

Barron is not homeschooled and is finishing out the school year at Columbia Grammar and Preparatory School, before joining his father in Washington, D.C.