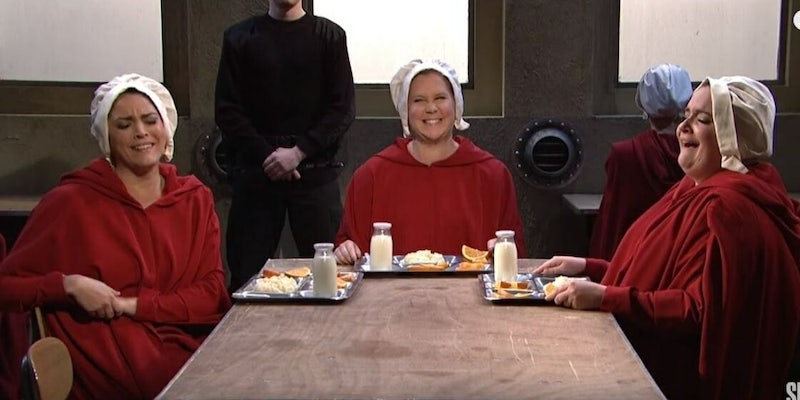 Are you an Ofjohn? Or a Samantha?

According to Saturday Night Live, The Handmaid’s Tale is basically this decade’s version of Sex and the City. And obviously, in the mind of the SNL writers, Hulu’s next project should be a mashup between the two, because women need something new and fun and terrifying to watch.

Thus, here’s a preview of Handmaids in the City.

As SNL claims, the show will leave you thinking, “Oh my God, this so could be me and my friends. You know, with the way things are going.” Either way, the neverending barrage of witty puns might leave you harboring for a simpler time when all you had to worry about was whether Miranda could win the race for New York governor.